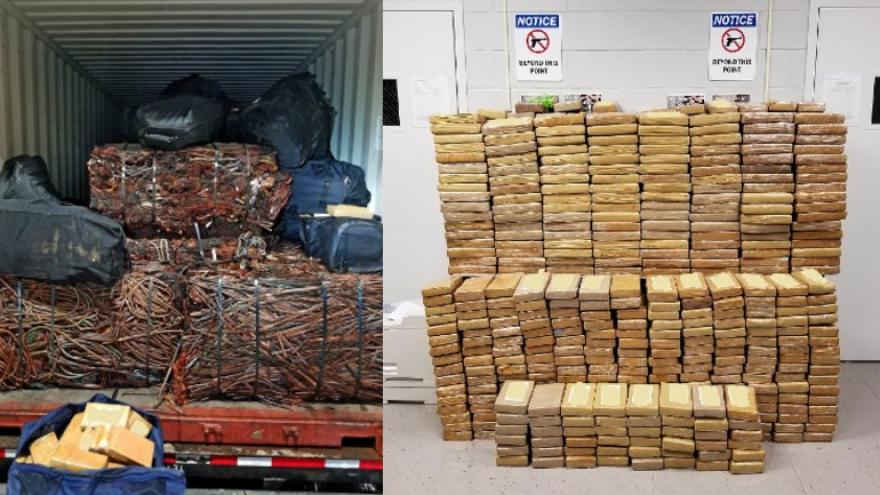 (CNN) -- Customs agents seized $31 million worth of cocaine last week in Savannah, Georgia -- the largest cocaine seizure ever at the Port of Savannah.

Officers found the cocaine, weighing 2,133 pounds, on a vessel from South America on October 29, US Customs and Border Protection announced Tuesday. The discovery came when they noticed something odd about a shipping container that was supposed to be filled with scrap wire.

When officers opened the container, they found 21 duffel bags containing a whopping 818 bricks of cocaine, the agency said.

CBP officers at the Port of Savannah seized a port-record 2,133lbs of cocaine last week in a container of scrap aluminum and copper being shipped from South America through the United States to Europe. Details: https://t.co/VEexipXQPb pic.twitter.com/pionOeMHk5

"I truly believe that we have disrupted these transnational organizations," said Christopher Kennally, Area Port Director Savannah, during a news conference Tuesday. "This is a significant blow to what they're trying to do."

The container was being shipped from South America to Europe. Authorities haven't made any arrests yet, but Homeland Security is investigating, trying to determine at what point the cocaine was hidden and where exactly it was heading.

Previously, the biggest cocaine seizure at the Port of Savannah took place in May, when officers seized 1,280 pounds of the drug. That seizure was worth about $19 million on the street.

In 2018, CBP agents seized an average of 4,657 pounds of narcotics every day across the United States.