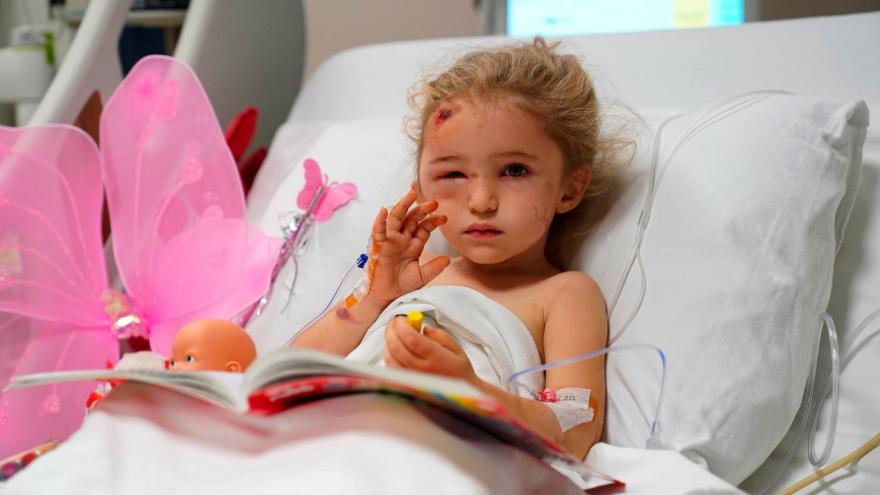 The child, identified by authorities as Elif Perincek, was rescued on Monday morning, more than 65 hours after the devastating quake struck. The Turkish health minister Fahrettin Koca said Perincek's mother and two others were rescued earlier, but unfortunately one of her siblings had died.

Koca said later on Monday that the three-year-old had been taken to hospital and was being treated in intensive care. He said she had not sustained any serious fractures or muscle crush injuries and was in good condition.

News of the rescue came just hours after another child was found alive under the rubble and safely brought to the surface by rescue teams. Turkey's Disaster and Emergency Management Authority (AFAD) said that 14-year-old Idil Sirin was rescued after she had spent more than 58 hours trapped under a collapsed building.

In phone video showing the dramatic moment of Sirin's rescue, dozens of onlookers are heard cheering excitedly as she is freed from the wreckage. She was given first aid at the scene before being transported to a local hospital, according to Anadolu.

At least 91 people died and 994 were injured after the earthquake -- measured as magnitude-7.0 by the US Geological Survey -- struck in the Aegean Sea Friday, shaking parts of Greece and Turkey.

The quake struck 14 kilometers (8.7 miles) northeast of the town of Néon Karlovásion on Samos, the USGS reported, at a relatively shallow depth of 21 kilometers (13 miles), making its impact powerfully felt at ground level around the epicenter.

A total of 20 buildings were seriously damaged in Izmir by the tremor, according to Izmir Mayor Tunc Soyer, the majority of them in the middle-class Bayrakli district.

More than 900 aftershocks have been registered since the initial quake, 42 of them with a magnitude over 4.0, Turkey's disaster agency said. The earthquake also triggered what authorities called a "mini tsunami," causing streets to flood Friday in parts of Turkey's wider Izmir province, as well as on Samos.