3 US service members injured after rockets strike coalition bases in Syria, US says 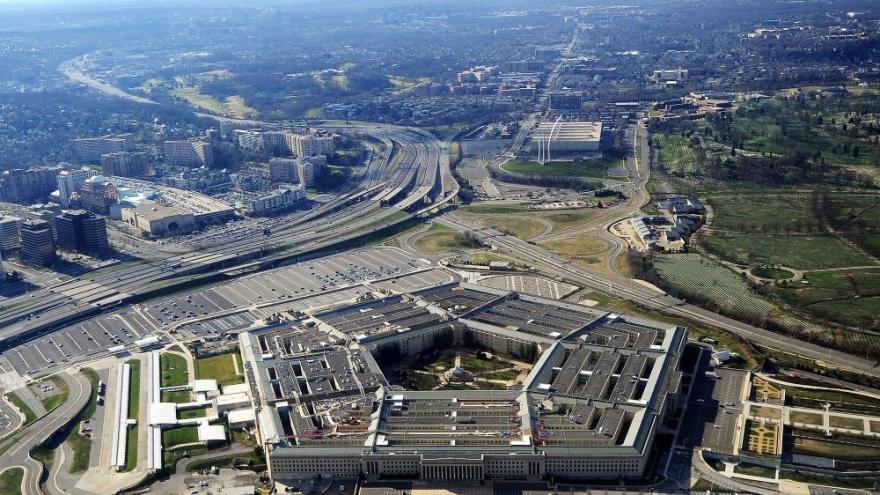 Seen here is an aerial view of the Pentagon building in Washington, DC. One US service member is injured after several rockets were fired at coalition bases in Syria on August 24.

(CNN) -- Several rockets were fired at coalition bases in Syria on Wednesday, injuring three US service members, according to a statement from US Central Command, in an apparent response to US airstrikes against Iranian-backed groups in the region.

The rockets struck two bases in northeast Syria that house US troops, Mission Support Sites Green Village and Conoco. Three US service members suffered minor injuries as a result of a rocket attack on bases that house US troops, a spokesman for US Central Command said. One of three has already returned to duty, while the other two remain under evaluation.

Following the rocket attack, US attack helicopters returned fire and destroyed three vehicles as well as the equipment used to launch the rockets, according to Central Command. Initial assessments indicate that two or three people involved in carrying out the attacks were killed.

"We have a total spectrum of capability to mitigate threats across the region, and we have every confidence in our ability to protect our troops and Coalition partners from attacks," said Gen. Michael "Erik" Kurilla, commander of US Central Command.

Earlier Wednesday, a senior Pentagon official said the US would work to defend its service members and capabilities in the region.

"We're not going to hesitate to defend ourselves," said Colin Kahl, the under secretary of defense for policy, at a briefing to reporters on Wednesday. "We're not going to tolerate attacks by Iran-backed forces on our forces anywhere in the world, to include in Syria, and we won't hesitate to protect ourselves and take additional measures as appropriate."

The military exchanges come at a critical time for US and Iranian relations, as there has been some progress on reviving the Iran nuclear deal, aimed at preventing Tehran from developing nuclear weapons. Still, the airstrikes appeared to send a clear signal that deal or not, the US will continue to respond to Iranian provocations.

President Joe Biden on Tuesday had ordered the airstrikes against Iranian-backed groups in Syria, a little over a week after a number of rockets struck close to the Green Village base near the Iraqi border.

The strike was intended to target 11 bunkers used for ammunition storage and logistics support by Iranian-backed groups in Syria, Col. Joe Buccino, a spokesman for US Central Command, said.

But shortly before CENTCOM carried out the strike, the military waved off two more of the bunkers because of a small group of people nearby. In the end, Buccino said the military struck nine bunkers in the complex in eastern Syria.

The US said the airstrikes were in response to attacks on US forces from one week ago, when the At-Tanf garrison in Syria came under a drone attack and a second base was attacked by rockets. Iran denied any involvement in the attacks, but they match the pattern of other such attacks the US has attributed to Iranian-backed proxies and militias in Syria.

At the time of last week's strikes, the coalition did not say who was responsible for either of the attacks