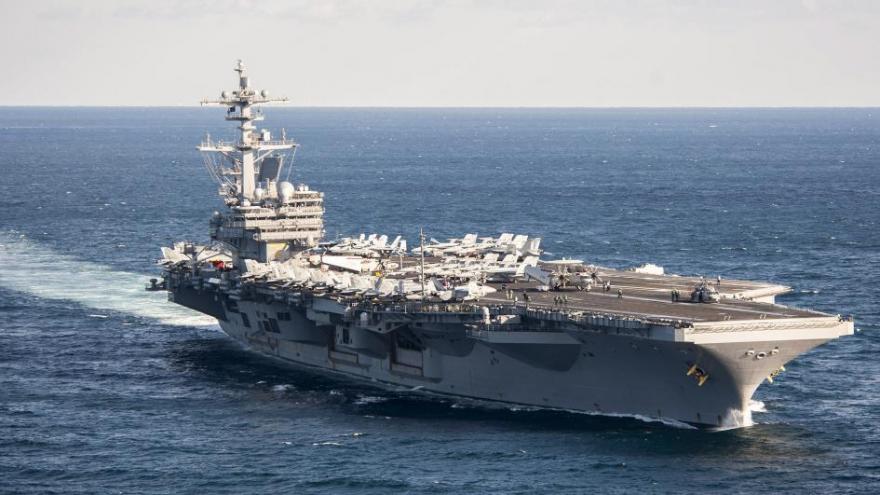 (CNN) -- Three sailors from the USS George Washington aircraft carrier were found dead in less than one week, the Navy said, as the Naval Criminal Investigative Service and local authorities investigate the deaths.

One sailor was found unresponsive on board the carrier last Friday, while two other sailors were found at off base locations on April 9 and 10.

"While these incidents remain under investigation, there is no initial indication to suggest there is a correlation between these tragic events," said Cmdr. Reann Mommsen, a Navy spokeswoman.

The Navy did not provide a cause of death for any of the three, but the ship did bring on board a Special Psychiatric Rapid Intervention Team. These teams are intended to provide short-term mental health support after a traumatic event, such as a loss of life.

The Navy did not identify the third sailor who was found unresponsive on board the ship on Friday and died.

"Our thoughts and condolences are with the family, friends, and shipmates of our Sailors," Mommsen said.

The USS George Washington is a nuclear-powered Nimitz-class aircraft carrier. It is currently in Newport News, Virginia, where it is undergoing a refueling and complex overhaul, a one-time process to replace the ship's nuclear fuel and refit the ship for future operations. The ship has been at Newport News since August 2017.