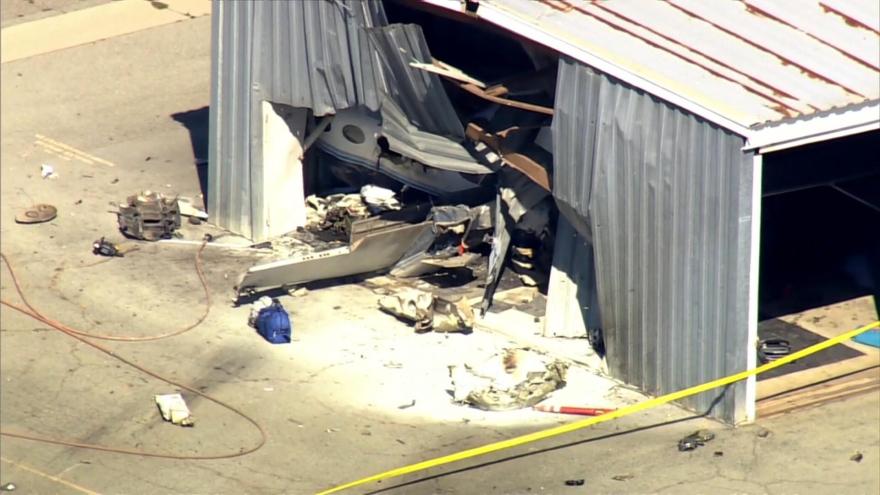 (CNN) -- Three people were killed after two planes crashed mid-air over the Watsonville Municipal Airport in California on Thursday afternoon, according to Mayor Eduardo Montesino.

No one was injured on the ground, the FAA added. A pet on board one of the planes was also killed, Montesino said.

Co-pilot who exited a plane in mid-air during a North Carolina flight was 'visibly upset' and possibly sick prior to departing without a parachute, NTSB says

Reports of the incident came in just before 3 p.m., according to a Twitter post from the city.

The city of Watsonville is about an hour south of San Jose.

In a later statement, city officials said they were "absolutely saddened to hear about the tragic incident that took the lives of several people."

"The City of Watsonville sends its deepest condolences to the friends and family of those who passed," the statement said.

Both the FAA and National Transportation Safety Board are investigating, the FAA statement said. In a post on Twitter, the NTSB confirmed it was investigating the mid-air collision.

It is not clear what caused the two planes to collide.