3 men believed to be connected to R. Kelly charged with trying to harass, threaten and bribe alleged victims 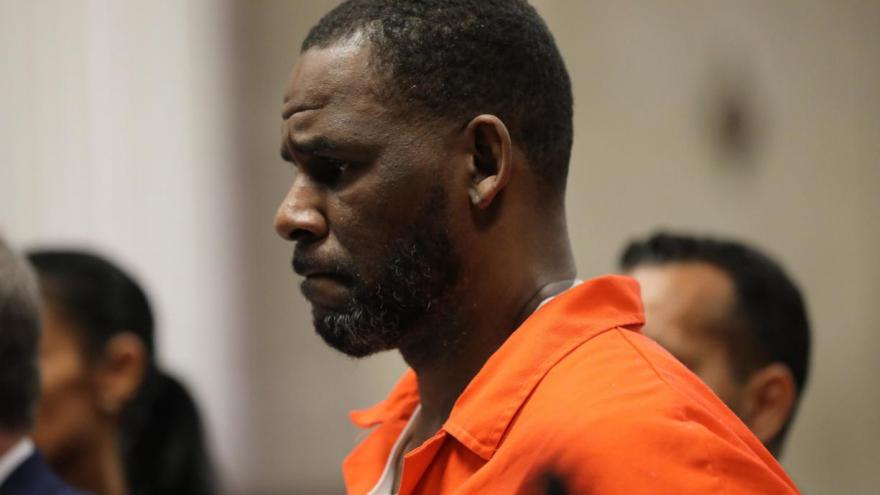 Three men prosecutors say are connected to R. Kelly were charged in federal court for using threats, intimidation and bribes in efforts to influence testimony by alleged victims in the racketeering case against the singer, according to the complaints unsealed on Aug. 12, 2020.

(CNN) -- Three men prosecutors say are connected to R. Kelly were charged in federal court for using threats, intimidation and bribes in efforts to influence testimony by alleged victims in the racketeering case against the singer, according to the complaints unsealed Tuesday.

The complaints list Richard Arline Jr., Donnell Russell and Michael Williams as defendants, according to a press release from the United States Attorney's office in Brooklyn.

"The defendants are separately charged with engaging in multiple crimes that were intended to undermine and subvert the integrity of the criminal justice system and victimize the women who have come forward with serious allegations of criminal conduct against the defendant R. Kelly," Acting United States Attorney Seth DuCharme said in the release.

"Efforts to illegally influence pending federal cases, whether through threats of violence, intimidation, damage to property, or payments to buy a potential witness's silence, will not be tolerated," DuCharme said.

An attorney for R. Kelly said his client "had nothing to do with any of these alleged acts by those charged."

"He hasn't attempted to intimidate anyone, or encouraged anyone else to do so. No involvement whatsoever," attorney Steve Greenberg said via Twitter on Wednesday and in an email to CNN.

He was arrested in Dolton, Illinois, and made his initial appearance Tuesday afternoon in Chicago.

Russell, 45, of Chicago, is "a self-described manager, advisor and friend of Kelly," according to the release. He "threatened to reveal sexually explicit photographs" of alleged victim Jane Doe "and to publicly reveal her sexual history if she did not withdraw her lawsuit against Kelly," according to the release. Russell's initial court appearance will take place "at a date to be determined in the near future," the release said.

Prosecutors said Williams, 37, of Valdosta, Georgia, set fire to an SUV outside a home where an alleged victim was staying, according to the release.

Williams, who is related to a former publicist for Kelly, according to the release, was arrested Tuesday in Pompano Beach, Florida, and his first court appearance was set for Wednesday morning at the federal courthouse in Fort Lauderdale, Florida.

Kelly is facing charges in New York including racketeering and violations of the Mann Act, which prohibits sex trafficking across state lines. He also faces federal charges of child pornography and other crimes by the US Northern District of Illinois, where he is being held without bail.

Kelly has pleaded not guilty to all of the charges and is awaiting trial.

It is unclear if Kelly's Brooklyn federal trial will begin in late September, as it is currently scheduled, because coronavirus concerns have kept federal courthouse proceedings largely scaled back.