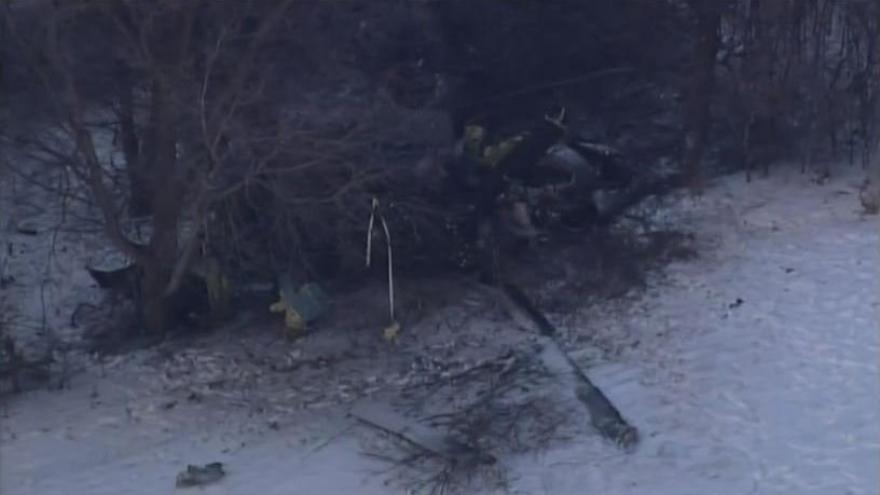 **Embargo:Minneapolis - St. Paul,MN** The crew was conducting a maintenance test flight just after 2 p.m. when they lost contact with air traffic controllers, according to CNN affiliate WCCO.

(CNN) -- Three members of the Minnesota National Guard have died after the Black Hawk helicopter they were in crashed 16 miles southwest of St. Cloud, Minnesota, Gov. Tim Walz said at a news conference Thursday.

"They paid the ultimate price in service to Minnesota and to the United States of America," Walz, himself a veteran of the MNG said. "The coming days will be dark and difficult. The state of Minnesota stands ready to assist the families of our fallen heroes."

The names of the deceased crew members are not being released pending family notification, Walz said.

The crew was conducting a maintenance test flight just after 2 p.m. when they lost contact with air traffic controllers, according to CNN affiliate WCCO. A mayday call was put out and about an hour and a half after it went missing, the UH-60 Black Hawk helicopter was found tangled in trees on a farm, WCCO reported.

The Krippner family, which owns the farm, told WCCO they erected a flag near the crash site.

Helen Krippner says the family plans to put up a memorial at the site for the victims' families to come visit. "It's just something to let the family know we are thinking of them and that they have our support," Krippner said.

Investigators with the US Army Aviation Center at Fort Rucker are expected to arrive to determine the cause of the crash.