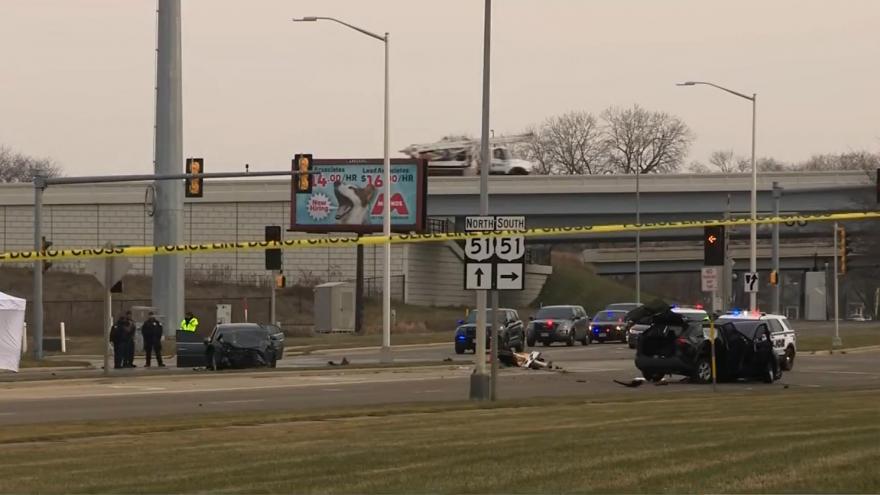 MADISON, Wis. (AP) — Madison police say three people were killed and one was injured in a two-vehicle collision on the city's east side.

Authorities say the crash happened about 9:20 a.m. Tuesday when a sedan and an SUV collided on Highway 51 near Cottage Grove Road.

The circumstances of the crash are still under investigation. No identities have been released.