3 Florida children die after climbing into an unplugged freezer 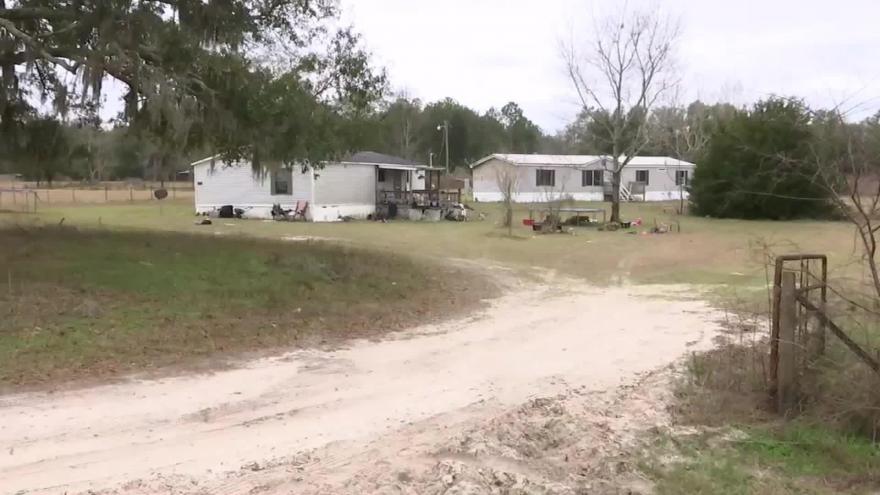 Three children who were playing outside climbed into an unplugged chest freezer and died after the lid closed and they were unable to get out, a sheriff in northern Florida said.

(CNN) -- Three children who were playing outside climbed into an unplugged chest freezer and died after the lid closed and they were unable to get out, a sheriff in northern Florida said.

A woman who was with the children on Sunday had gone inside to use the restroom when the children disappeared at a home in Live Oak, Suwannee County sheriff's officials said.

The woman returned to the yard, could not locate the children, woke up another woman and they began to search the property and area, authorities said. They opened the freezer and began resuscitative efforts before calling 911. First responders were unable to resuscitate the children, either.

"Upon further inspection of the freezer, an after-market hasp had been installed on the lid in order to secure a padlock on it," the sheriff's office said in a Facebook post. "It is believed at this time, that when the children entered the freezer, and the lid closed, the hasp fell shut, trapping the children inside. There was no padlock on the freezer."

"I just think it's a tragic accident. They left the freezer out there in the yard. It wasn't cold or anything," he said.

Officials said foul play was not suspected, though the case will be forwarded to a state attorney's office for review. The Florida Department of Children and Families has been notified.

According to the sheriff, two of the children were siblings -- the 1-year old girl and the 6-year old boy -- and they were in the custody of their grandmother. The 4-year-old girl was the daughter of another woman.

Authorities have worked for years to prevent similar deaths involving household appliances in Florida and across the country.

Since the Federal Refrigerator Safety Act was enacted in 1956, refrigerator-related deaths have decreased considerably. At the time, most refrigerators had an outside latch that made it extremely difficult for anyone to open them from the inside.

The federal law banned refrigerators with latches and required manufacturers to design and produce refrigerators that meet the new safety standards.

Many states, including Florida, have laws that make it illegal to discard or abandon refrigerators, freezers, washers and dryers or similar airtight appliances without removing the doors. In Florida, the offense is considered a misdemeanor and carries a penalty of up to 60 days in jail and a $500 fine.

Based on its own reports, the US Consumer Product Safety Commission said most of the children who have suffocated after climbing into appliances were between 4 and 7 years old and many were playing hide-and-seek.

The commission said the "surest method" to protect families is "to take off the door completely and in most cases this is a simple process using a screwdriver."