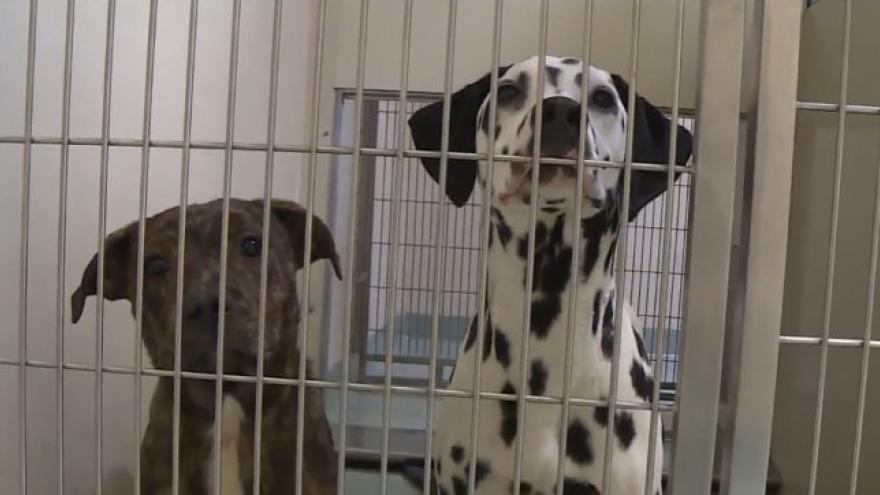 The El Dorado County Sheriff’s Office says that on Friday, deputies responded after getting a report of a suspicious vehicle. At the scene, deputies encountered a man identified as ZJar Uruluzu. Deputies noticed several dogs were living in his vehicle and also noticed there were several dead dogs as well.

The manager of El Dorado County Animal Services Henry Brzezinski told CBS13 that the condition that the dogs were living in consisted of an “excessive amount of flies…waste, dogs tethered together. Also contained within enclosures, live dogs with a dead dog in the containers.”

A search warrant was obtained and a full search of the vehicle uncovered a total of three dead dogs. Thirteen other dogs were found in the vehicle and have now been placed in the care of animal services.

“It does amaze me on the conditions that people can sometimes can keep animals,” Brzezinski said.

Brzezinski also said that two of three dead dogs had been decomposing for weeks.

The living animals being housed with deceased ones is one of the concerns for those now in charge of the care for the pets.

“Mostly environmental but, we’re also looking at some tethering issues related to rope burns and things of that nature. So that’s one of our concerns,” Brzezinski said.

Uruluzu was arrested and is facing charges of animal abuse. His vehicle has also since been towed for evidence.

Brzezinski said this wasn’t a situation that blew his mind but, it was something out of the ordinary.

“I’ve seen situations similar mostly in houses usually. Not in a car to this level,” Brzezinski said.

You can’t come to the shelter and adopt one of these pups yet. They’re still considered personal property and part of the alleged animal abuse case.

Brzezinski said the owner still has the legal right to attempt to keep the ownership of the animals at a post-seizure hearing.

Investigators are glad someone brought this situation to law enforcement’s attention.

“See something, say something,” Brzezinski said. “Don’t wait until it’s too late.”