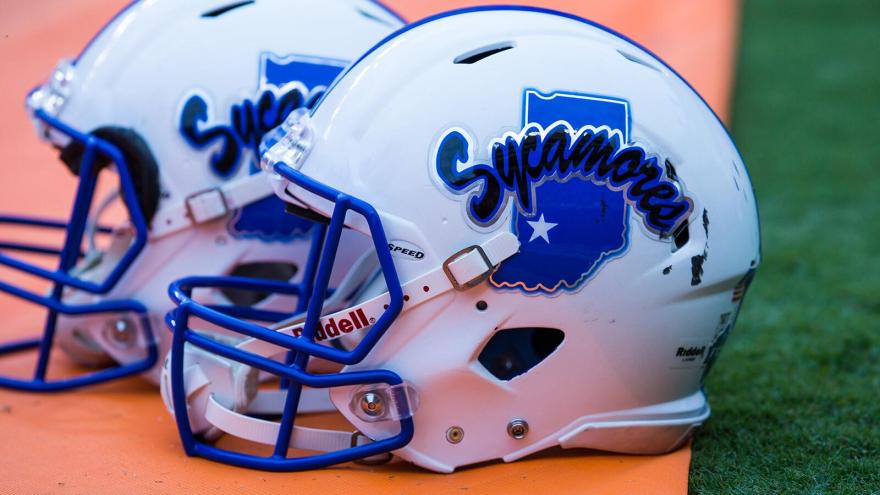 (CNN) -- Three Indiana State University students died and two were seriously injured after their vehicle ran into a tree in western Indiana early Sunday, according to the school and local law enforcement.

"As we are waiting on additional details from authorities investigating this accident, our hearts go out to the families and friends of the students involved," Deborah Curtis, the university's president, said in a written statement.

Omarian Dixon, 20, from Lafayette, Indiana, and John Moore, 19, from Wheaton, Illinois, were injured in the crash. The pair, also members of the football team, were released from the intensive care unit and remain in serious condition, Curtis added.

The crash happened before 2 a.m. in the small town of Riley, about 10 miles from the university's campus in Terre Haute.

The Vigo County Sheriff's Office said the vehicle was on fire by the time deputies arrived.

"Two of the occupants were able to be freed from the vehicle and were transported for medical treatment with serious injuries," the sheriff's office said. "Unfortunately, the driver and two other occupants were pronounced deceased on the scene."

The school has offered counseling services for students, faculty, and staff in the wake of the tragedy. It has also postponed a women's soccer match that was scheduled for Sunday afternoon.