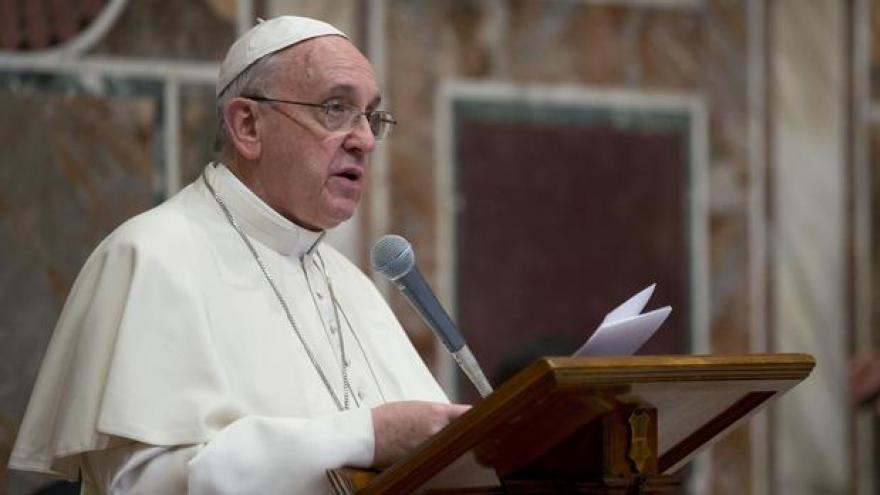 SANTIAGO, Chile (AP) — The Latest on the pope's visit to Chile (all times local):

Three churches have been firebombed in Chile on the first full day of Pope Francis' visit to the Andean nation.

Authorities say two churches were burned in the early hours of Tuesday in the southern Araucania region. The pope is set to visit with indigenous Mapuches Wednesday in Temuco, the capital of Araucania. The third church attacked was in Puento Alto, just south of Santiago.

Including the latest firebombings, nine churches have been attacked in Chile since Friday.

In recent years, the Mapuche have burned churches to agitate for the return of ancestral lands and recognition of their language. It's not clear who has been behind the spate of recent burnings.

Pope Francis is begging the forgiveness of Chileans for the "irreparable damage" done to children who have been sexually abused by priests.

Francis opened his visit to Chile on Tuesday by referring directly to the abuse scandal in a speech to President Michelle Bachelet, lawmakers, justices and other Chilean authorities. The scandal has eroded the credibility of the Catholic Church here and cast a shadow over his visit, the first by a pope in three decades.

Francis said he felt "bound to express my pain and shame at the irreprarable damage caused to children by some ministers of the church." He said he joined his fellow bishops in asking forgiveness, supporting victims and ensuring abuse doesn't happen again.

Chile's Catholic Church had already begun losing relevance when in 2010 it was found to have covered up for a prominent and powerful priest who sexually abused minors in his posh Santiago parish. The Vatican eventually sanctioned the priest, the Rev. Fernando Karadima, in 2011, but the church has yet to recover from the scandal.

Pope Francis will be under pressure Tuesday to confront a priest sex abuse scandal during his first full day in Chile, an Andean nation where the majority identifies as Roman Catholic but strong currents of skepticism and even contempt for the church are increasingly present.

Many Chileans are still furious over his 2015 decision to appoint a bishop close to the Rev. Fernando Karadima, a priest found guilty by the Vatican in 2011 of abusing dozens of minors over decades.

Bishop Juan Barros of the southern city of Osorno has always denied he knew what Karadima was doing when he was the priest's protege, but many Chileans have a hard time believing that.

"Sex abuse is Pope Francis' weakest spot in terms of his credibility," said Massimo Faggioli, a Vatican expert and theology professor at Villanova University in Philadelphia. "It is surprising that the pope and his entourage don't understand that they need to be more forthcoming on this issue."