3 children were removed from a home after allegations of child abuse. Then investigators found skeletal remains 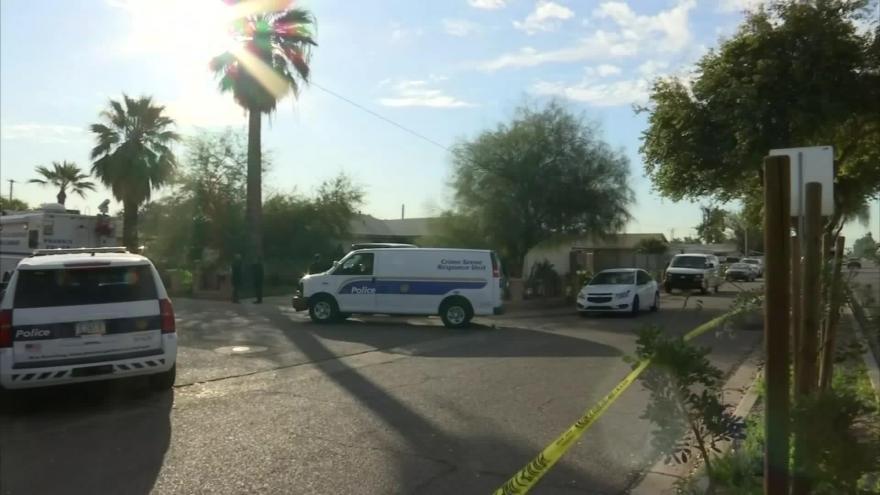 Investigators gather at the Phoenix home where authorities found skeletal remains after a fire.

(CNN) -- Two Phoenix parents whose children had just been removed from their custody were arrested after authorities responded to a fire at their home and discovered human skeletal remains.

Rafael Loera, 56, and Maribel Loera, 50, were arrested Tuesday and face charges of child abuse after several children were removed from the home and put in the custody of the Arizona Department of Child Safety, according to the Phoenix Police Department. Rafael Loera also faces additional charges for allegedly concealing human body parts, endangerment and arson, police said.

The saga began January 20, when an 11-year-old girl inside the family's home called the Phoenix Police Department and said she was home alone, police said in a news release.

Officers performed a welfare check and soon "discovered evidence of child abuse," the news release said. The child -- the only one home that day -- was placed in the custody of the Arizona DCS.

DCS later learned of two additional children, according to police, ages 4 and 9. DCS officials removed them from the home Tuesday after receiving a court order authorizing them to do so.

But the case didn't end there. About an hour after DCS officials took custody of the 4-year-old and 9-year-old, a neighbor called authorities and said smoke was coming from the home, Cox said.

The Phoenix Fire Department responded, and after crews extinguished the fire, they discovered human skeletal remains inside the home, police said.

Rafael Loera and Mirabel Loera were both arrested, police said. They're each being held in the Maricopa County Jail on $200,000 bond and are expected to appear in court February 5, according to jail records.

CNN has been unable to determine whether the couple are represented by attorneys.

Authorities have not identified the remains nor said whether they belong to a child or an adult. Multiple agencies are cooperating with the investigation, including Phoenix Police homicide investigators, the Department of Child Safety, the fire department's Investigation Task Force and the medical examiner's office, Cox said.

"As we process the scene, possible additional charges may come," Cox said. "It's definitely an ongoing investigation with our partners here."