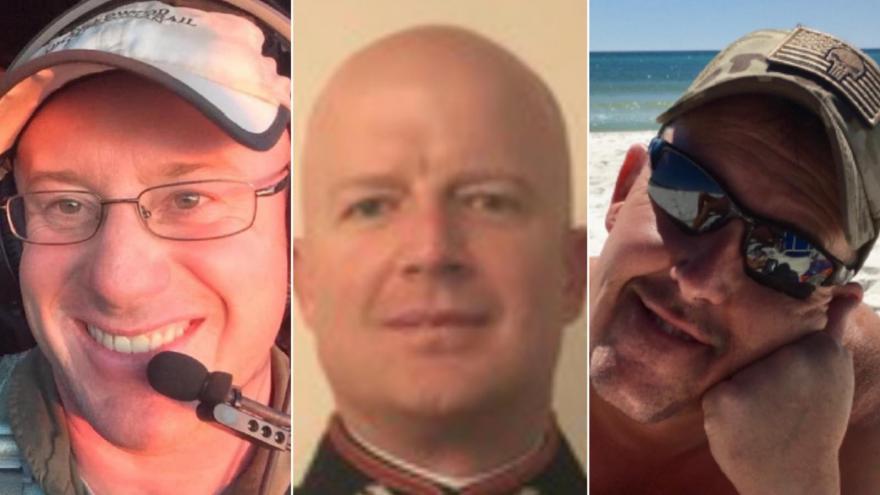 The three Americans who died fighting an Australian bushfire from the air have been identified by their employer, Oregon-based Coulson Aviation. The three are (from left to right) Capt. Ian McBeth of Great Falls, Montana; First Officer Paul Clyde Hudson of Buckeye, Arizona; and Flight Engineer Rick DeMorgan Jr. of Navarre, Florida.

(CNN) -- The three Americans who died fighting an Australian bushfire from the air have been identified by their employer, Oregon-based Coulson Aviation.

"The aviation industry and emergency service sector is a small community both in Australia and around the world," Coulson said. "This will be deeply felt by all."

All three men were veterans of the US military, Coulson said.

The cause of the crash is not yet known.

A government official in Australia said the water tanker plane had been chartered by the New South Wales Rural Fire Service.

The crew had been on a firebombing mission in the state of New South Wales, where fires are still burning out of control, when the accident occurred, Coulson said earlier.

Fires have been burning in New South Wales for months, and the US and other countries have been lending firefighting assistance and personnel.

The US said Wednesday it's sending two more 20-person crews, only days after sending air support personnel and other emergency management teams.

The US has deployed more than 200 fire staff to Australia so far, according to the National Interagency Fire Center.