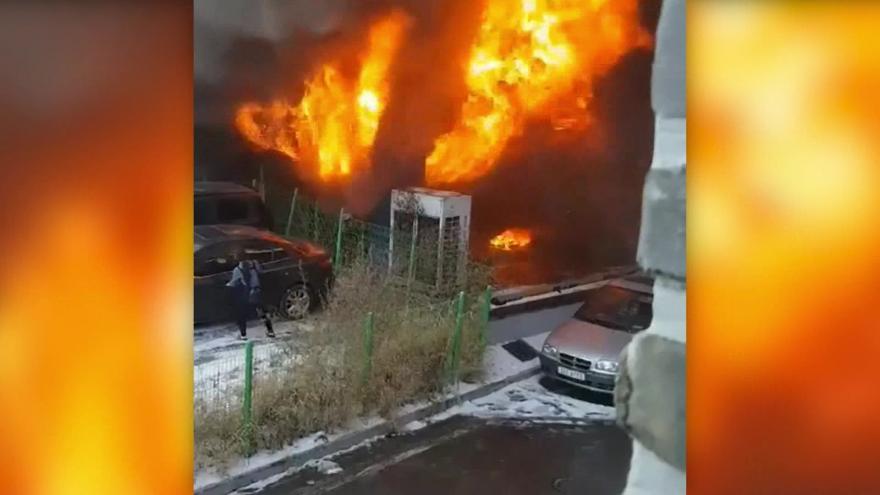 SEOUL, South Korea (AP) — South Korea's government on Friday began investigating a fire that tore through an eight-floor building and killed 29 people in the central city of Jecheon in the country's deadliest blaze in nearly a decade.

South Korean President Moon Jae-in was planning to visit the scene where police and government agencies, including the national fire agency and forensic service, launched a joint inspection into the cause of Thursday's fire.

Local media showed firefighters battling the blaze with trucks and helicopters, and a man jumping from a window as firefighters held a mattress below.

The fire left 29 others injured. Most of those who died were women who had been using the public bath on the second and third floors, which made it harder for them to escape, fire department officials said.

It was the country's worst fire since 2008, when 40 people died at a refrigerated warehouse in Icheon, near capital Seoul.

Organizers for the Pyeongchang Winter Olympics said the Olympic torch relay had been scheduled to pass through Jecheon on Friday, but the route has been revised because of the tragedy.

The building had several restaurants and leisure facilities, including a gym, the public bath and an indoor golf practice facility.