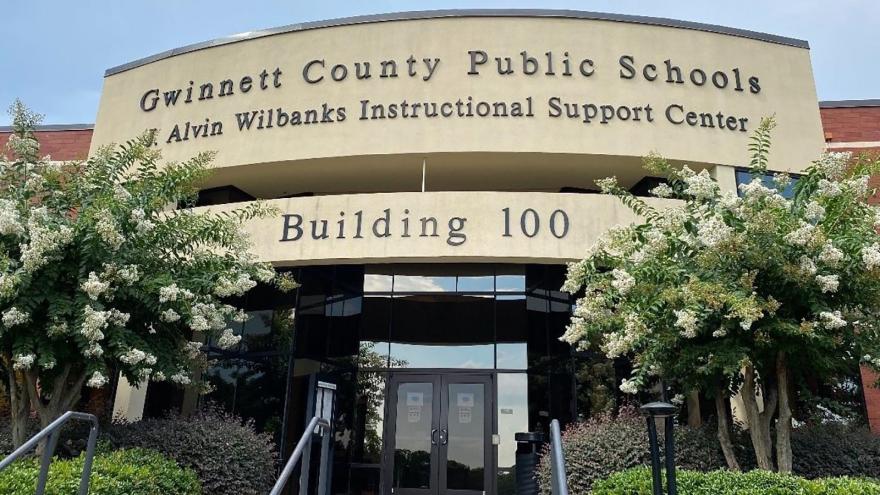 About 260 employees at Georgia's largest school district will not work due to Covid.

(CNN) -- Georgia's largest school district has confirmed that around 260 employees have either tested positive for Covid-19 or have been exposed.

The Gwinnett County School District (GCPS) employees won't be returning to school just yet as districts across the country continue to adjust their back-to-school plans to prevent the spread of the virus.

"As of last Thursday, we had approximately 260 employees who had been excluded from work due to a positive case or contact with a case," Roach said. "This number is fluid as we continue to have new reports and others who are returning to work," she added.

The district -- which is in the metro Atlanta area and is the largest in the school system in the state -- is set to reopen with online learning on August 12.

Despite the high case count and the confirmed community spread, some parents held a protest last week demanding that children be allowed to return to in-person learning.

GCSD already had pushed the start date back to August 12, but had given the option for in-person learning until late July when the decision to only provide virtual learning was "due to the current Covid-19 situation in our county and the rising numbers of cases in Gwinnett County," Roach explained.

Roach did not say if the newly identified positive cases have changed the district's reopening plans.

There is already a reporting and tracing process in place as well as a protocol for excluding employees who test positive or come into contact with a confirmed case, Roach said.

Roach said because of the tracing process the district determined that the majority of these 260 cases were the result of community spread. "We have people who have called in to report who have not been at school or work," she said.

Gwinnett County has the second highest rate of Covid-19 cases in the state, with 17,781 confirmed cases, according to Georgia's Department of Public Health. More than 190,000 cases and 3,800 deaths have been reported in the state as of Monday morning.

"Given the number of COVID cases in Gwinnett we would expect to see positives among our employees based on the community spread in our county," Roach said.