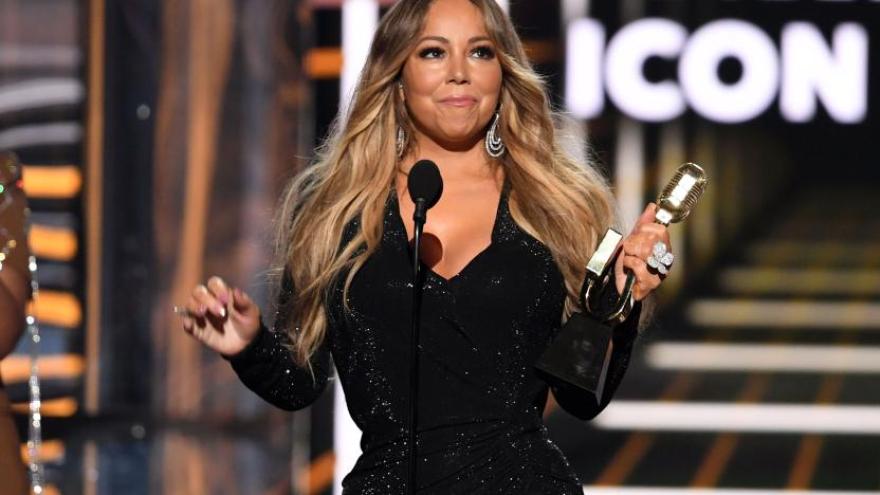 26 alleged gang members were indicted on criminal charges related to home invasions targeting celebrities. Mariah Carey, seen here in 2019, is one of the celebrities whose homes were targeted.

(CNN) -- A series of home invasions over more than four years targeted high-profile celebrities and wealthy homeowners around the Atlanta area, including Mariah Carey and Atlanta Falcons player Calvin Ridley.

On Monday, 26 alleged gang members were indicted on criminal charges related to the home invasions, along with kidnappings, armed robberies and shootings.

"I have a message today that you will hear repeated time and time again," Willis said. "If you thought Fulton was a good county to bring your crime to, to bring your violence to, you are wrong, and you are going to suffer consequences, and today is the start of some of those consequences."

The individuals named in the indictment are alleged members of a hybrid gang known as the Drug Rich Gang, Willis said, which includes members from the Gangster Disciples, the Bloods and the Crips.

"They committed crime everywhere from the south to the north of my county, which included Union City, Atlanta and Sandy Springs," Willis said.

She said they targeted people who displayed their wealth on social media. The investigation revealed the suspects were following people online and using the information to their advantage, Willis said.

"I do have a message for the public," she said. "Where it is kind of fun to put your things on social media and show off, unfortunately, these gangs are becoming more savvy, more sophisticated in the way that they target you," she said.

According to the indictment, celebrity victims include Atlanta United Goalkeeper Brad Guzan and Marlo Hampton from "The Real Housewives of Atlanta."

According to the indictment, some of the crimes range from home invasions to kidnapping, armed robberies and shootings.

Willis cited rap lyrics as evidence against the 26 alleged gang members, and the indictment mentions lyrics she said could be used against the defendants.

"I think if you decide to admit your crimes over a beat, I'm going to use it," she said.

When asked by a reporter in a news conference Monday about criticism that Willis is specifically targeting Atlanta's hip-hop community by using lyrics in criminal cases, Willis responded, "I'm not targeting anyone, but however, you do not get to commit crimes in my county and then decide to brag on it, which you do that for a form of intimidation and to further the gang and not be held responsible."

The indictment cites the rap lyrics, "Me and my crew striking out, striking in all black;" "Send me the drop, we'll kick in the house;" and, "If we steal a car, we're gonna take off the tag."

"Well, they're kicking in doors, committing home invasions, and now I'm using those lyrics that they're admitting to doing that," the district attorney said.

Willis added she'll continue to use lyrics as evidence.

"I have some legal advice. Don't confess to crimes on rap lyrics if you do not want them used or at least get out of my county," she said.

"We have a message, and that is get out of this county or expect to start seeing sentences that go life-plus, because I am not going to negotiate with gang members," Willis said.