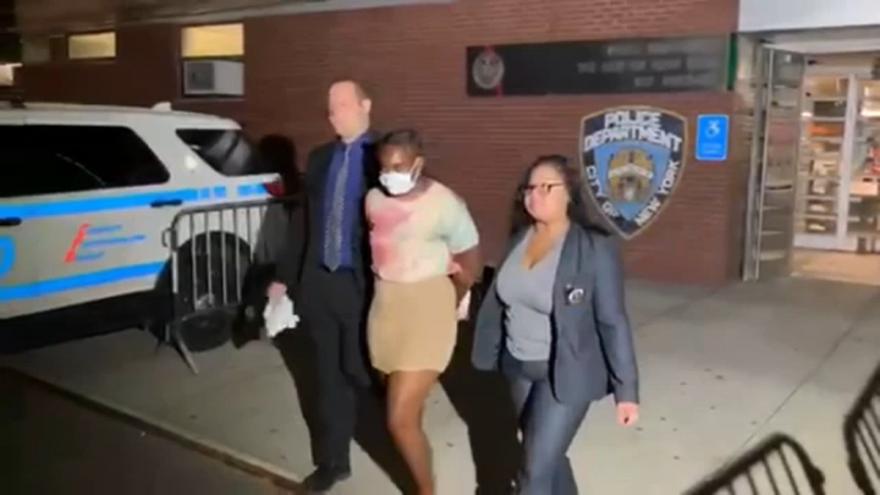 Maricia Bell was taken into custody Thursday and will be charged with four counts of assault as a hate crime.

She was picked up at a grocery store on Parsons Boulevard after she was identified by an employer.

Police described the four incidents she is suspected in:

-On June 16, at 6:14 p.m., inside a grocery store located at 70-63 Parsons Blvd, the suspect approached a 34-year-old Asian woman, asked her, "why are you looking at me?" then punched her in the back of the head with a closed fist.

-On July 11, at 10 p.m., at the corner of 72nd Avenue and Parsons Blvd, the suspect approached a 73-year-old Asian woman in a parking lot and punched her in the cheek causing pain and swelling.

-On July 21, at 7:30 a.m., the suspect approached a 75-year-old Asian woman collecting cans from behind, and struck her in the back of the head with an unknown object.