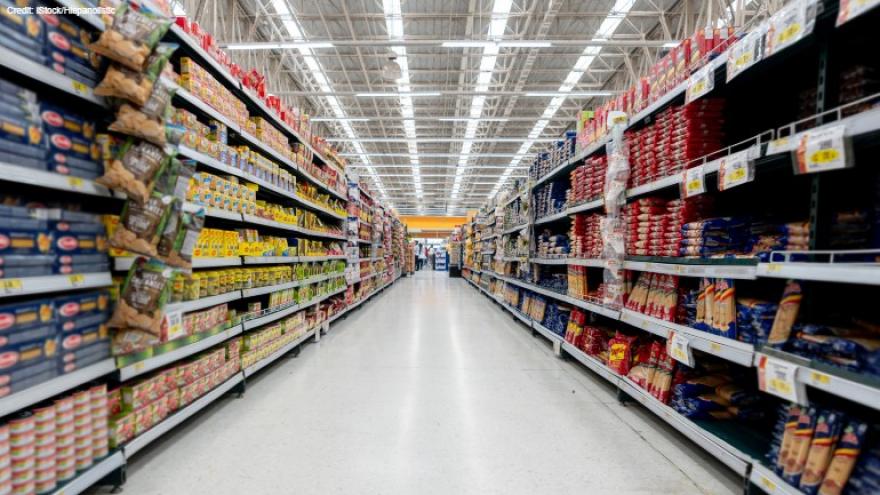 (CNN) -- A 22-year-old grocery store employee just won the biggest jackpot in Quebec's history after he purchased a ticket from the store where he works.

Gregory Mathieu, a bagger at the IGA Extra in the Saint-Romuald district of Levis, Québec City, showed up to the lotto office in Québec, Canada, on Wednesday with the winning ticket, Corporate Director of Public Affairs at Loto‑Québec Patrice Lavoie told CNN.

"Loto‑Québec celebrates its 50th Anniversary this year," Lavoie said. "We are thrilled to, at the same time, give our biggest jackpot yet."

Eight others won $1 million in the same draw as Mathieu, the lottery's website said.

The young man said he plans to share the winnings with his closest relatives. "There will be eight winners from the same family," Lavoie said. "He shared it with seven family members."

The lottery plans to hold a press conference on Friday to introduce the winner and have his photo taken holding a giant check. Because, is it really official if you haven't done that?

Lavoie and other Loto‑Québec officials say they will give Mathieu advice on what he should consider doing before handing over the cash. "If you like your job, you don't need to retire yet," Lavoie will say. "And be careful what you post on social media."