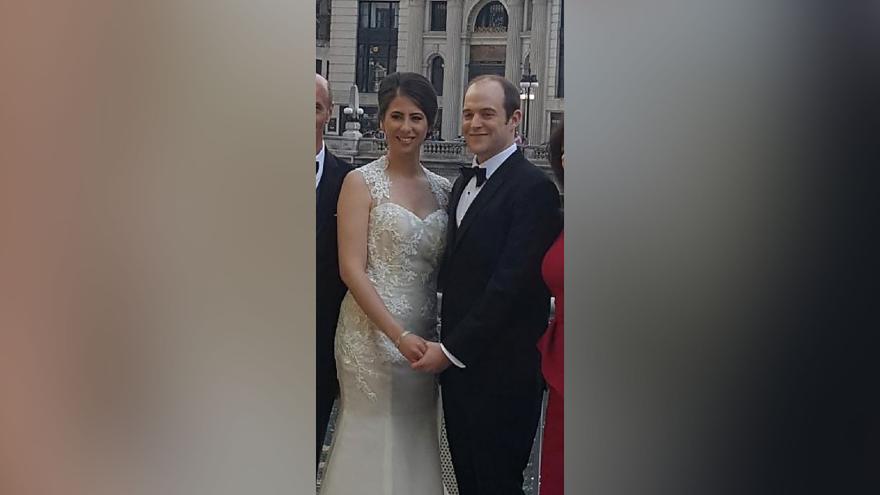 (CNN) -- By his father's final act of heroism, Aiden McCarthy survived Monday's carnage at a July Fourth parade in suburban Chicago. But the 2-year-old now is left to grow up without either of his parents -- an orphan of America's bane of mass shootings.

Kevin McCarthy, 37, and his wife, Irina, 35, were among seven people who died following an explosion of bullets Monday from a rooftop into a holiday crowd in Highland Park, Illinois, the Lake County Coroner's Office has said. Nearly 40 others were injured.

Aiden was protected from the gunfire by Kevin's body, even as the man lay wounded, Irina's father and Aiden's grandfather, Michael Levberg, told the Chicago Sun-Times.

Aiden "was pulled out from underneath his father, who was still bleeding, by good Samaritans," US Sen. Tammy Duckworth, an Illinois Democrat, told CNN's John Berman on Wednesday. "Then, they went to work on his dad because his dad's leg was still bleeding."

The McCarthys had been looking forward to seeing the parade with their toddler, Levberg told the Sun-Times.

"They were crazy about their child," he said. "They were planning two."

After the gunfire subsided, Aiden -- a little boy, all alone -- "was walking in the street," his grandfather told the Sun-Times. It's an image others captured and shared on social media.

A neighbor, Adrienne Rosenblatt, saw Aiden's photo on a neighborhood watch page and began trying to connect him with his grandparents, she told CNN affiliate WLS.

Meantime, strangers caught in the chaos cared for the toddler, according to a verified GoFundMe campaign that his mother's cousin, Irina Colon, started after the shooting.

Dana and Greg Ring spotted Aiden after the barrage of shots upended the parade they'd come to watch, he told WLS. The pair tried to get him to police.

"When we pulled in, the cops looked like they were getting ready for war," Greg said. "I'll never forget. I pulled up, and I said, 'This is not our kid. It's not his blood; he's OK. What should we do?'

"And the cop said, 'We can't be babysitters now. Can you take care of him?'

Aiden did end up at a police station, where he was reunited with Levberg, the grandfather told Chicago Tribune.

"When I picked him up, he said, 'Are Mommy and Daddy coming soon?'" Levberg said Tuesday. "He doesn't understand."

"At two years old, Aiden is left in the unthinkable position; to grow up without his parents," the fundraising campaign said.

"Aiden will be cared for by his loving family and he will have a long road ahead to heal, find stability, and ultimately navigate life as an orphan," it said. "He is surrounded by a community of friends and extended family that will embrace him with love, and any means available to ensure he has everything he needs as he grows."

More than $2 million had been raised by Wednesday morning, according to the GoFundMe account, which will support the boy "and the caregivers who will be tasked with raising, caring for, and supporting Aiden as he and his support system embark on this unexpected journey."

For now, confronting an anguished reality may be the first step.

"I don't know how they're going to tell him," Rosenblatt said to WLS. How do you tell a "boy that Mommy and Daddy are in heaven now?"