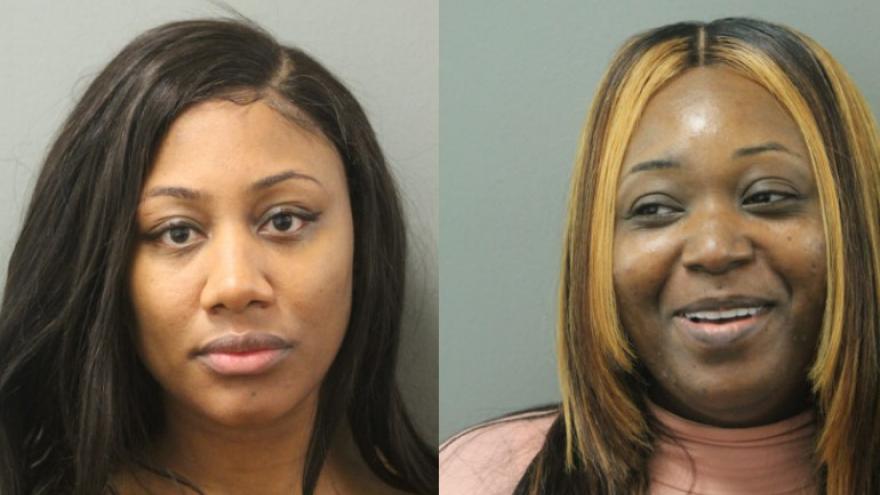 CHICAGO (AP) — Two Wisconsin women are accused in Chicago of drugging 10 men and robbing them of about $85,000 after they fell unconscious.

Cook County prosecutors on Tuesday told a judge the women, Tiana Trammel and Tjwana Rainey, both of Milwaukee, allegedly ran the scheme from January until last Sunday.

They allegedly lured drunken men from bars and nightclubs in Chicago's River North district with invitations to their place.

There, the men were drugged.

They awoke either in their own homes or by the side of the road, unharmed but without wallets and valuables.

The women were arrested early Sunday after carrying a man from a club to Trammell's car.

Each woman face charges of running a continuing criminal enterprise and possession of a controlled substance.