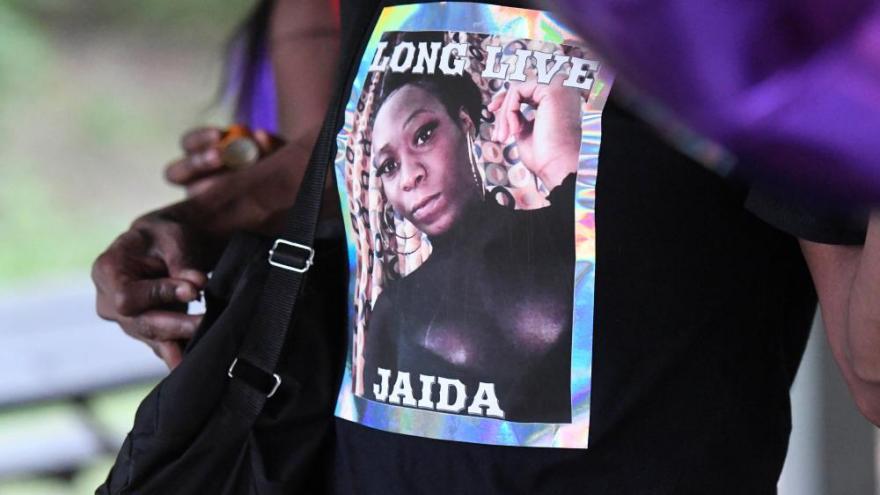 Authorities have arrested two suspects in connection with the killings of two transgender women, Jaida Peterson, and Remy Fennell in Charlotte, North Carolina.

(CNN) -- Authorities have arrested two suspects in connection with the killings of two transgender women in Charlotte, North Carolina.

Dontarius Long, 21, and Joel Brewer, 33, were charged in the deaths of Jaida Peterson, 29, and Remy Fennell, Charlotte-Mecklenburg Police Chief Johnny Jennings said at a news conference on Friday.

CNN has not been able to determine if Long or Brewer have legal representation.

Long and Brewer committed both crimes together, Crum said. Police said they do not believe anyone else is responsible in the deaths of the two women, and added that they were still investigating the motive behind the killings.

Crum said that authorities did not believe there was any further risk to the public. The similarities between the two killings had initially prompted them to urge the city's LGBTQ community, particularly those who engage in sex work, to be extra cautious and vigilant.

"They have to know that there is arguably never a more vulnerable time for them than tonight," police spokesperson Rob Tufano said on Thursday. "If they see anything suspicious, if they hear anything suspicious, they've got to immediately call 911. This is a very critical time right now."

Charlotte Pride, a local LGBTQ advocacy group, said it was working with others in the community to respond to the situation.

"CMPD announced this afternoon that two individuals have been arrested, who they believe are responsible for the April 4 and April 15 murders," the group wrote in a Facebook post. "However, we know that our trans community — and Black trans women in particular — continue to face hostile and dangerous situations."

A funeral for Peterson was held this week, CNN affiliate WSOC reported.

"Like I told her before I put her in the ground, I don't care if it takes every breath in my body," her mother Mary Peterson said, according to the station. "I said, 'I'm getting justice.'"

At least 14 transgender or gender non-conforming people have been violently killed so far in 2021, according to the LGBTQ advocacy group Human Rights Campaign.

CNN has reached out to the police department and prosecutor for more information on attorney, court appearance, as well as copies of the criminal complaints and police reports.