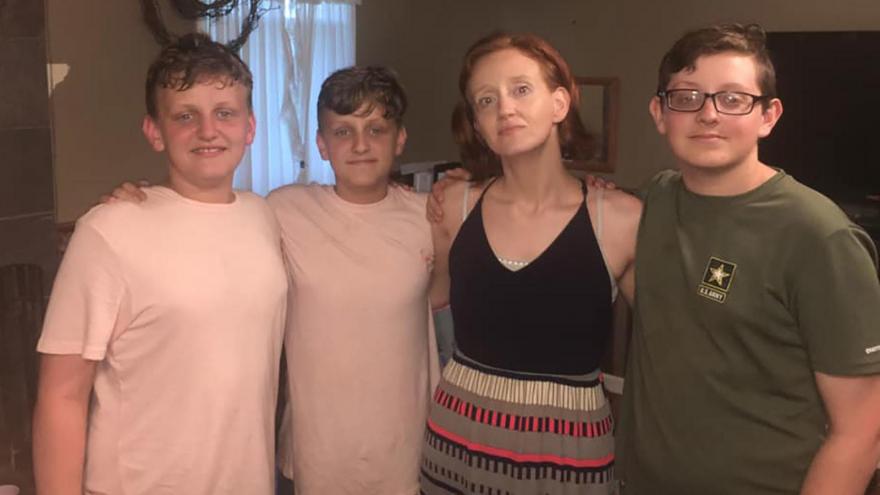 Landon Durham, 16, (right) faces a capital murder charge after his mother and twin 13-year-old brothers were found dead of stab wounds inside a house in Munford, the Talladega County Sheriff's Office said. Durham is shown with his mother and twin brothers in this photo.

(CNN) -- Two teens in Utah and Alabama allegedly killed their mothers and siblings in separate incidents, authorities said, leaving their communities shocked in what appear to be unrelated cases.

The killings in Utah happened on January 17, and were the first in nearly two decades for Grantsville, which has a population of 11,000. Days later, on January 22, the Alabama teen was accused of targeting his family members.

Landon Durham, 16, faces a capital murder charge after the three were found dead of stab wounds Tuesday inside a house in Munford, the Talladega County Sheriff's Office said. He is being charged as an adult.

The victims were identified as Holli Christina Durham, 36; and Branson and Baron Durham, both 13.

Authorities have not released a motive for the killings. It's unclear whether Durham has an attorney.

In Utah, a 16-year-old skipped school and killed his mother and three siblings on January 17 as each returned home, officials said this week.

Haynie shot his mother and sister multiple times as they arrived home around 1 p.m., Tooele County Attorney Scott Broadhead said. Consuelo Alejandra Haynie, 52, had picked up Maylan, 12, from school and the suspect opened fire when they got into the house, authorities said.

He then shot his sister Alexis, 15, multiple times after she came home from school, then later in the afternoon shot his brother Mathew, 14, according to the charging document.

"The victims all had gunshot wounds in their heads, necks, and/or shoulder areas," the document says.

A neighbor came to the home, called 911 and took the father and the suspect to a hospital. The teen confessed to the killings during the call and was arrested at the hospital, Broadhead said.

The teen does not have an attorney. His first court appearance is Monday.