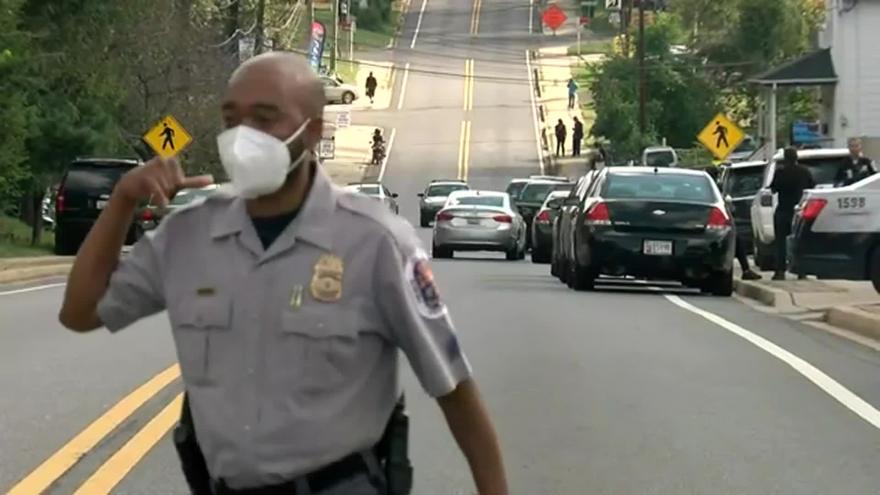 (CNN) -- Two staff members were killed in a shooting at a Maryland senior living facility outside Washington, DC, on Friday morning, and a suspect was taken into custody, officials said.

Authorities said Capitol Heights police received a call a little after 9 a.m. about a disturbance at Gateway Village. When police got there they found a young male running out of the back of the building saying there was a shooter inside.

Officers entered and found the first victim in a corridor and the second victim in an office. Police said the victims were both female but did not release any other information, citing an active investigation.

"We woke up this morning, and yet another case of inexplicable grief. And so we first of all really want to extend our condolences and our prayers to the families of the victims in this case," Prince George's County Executive Angela Alsobrooks said at a press conference.

"We are absolutely devastated about the loss of life again today, as we think about it, the depravity that we're seeing,"she added.

Capitol Heights police evacuated residents after they found the victims and called for further assistance from the Prince George's County Police Department. Together they contained the scene. The suspect was located and taken into custody.

"On behalf of the National Church Residences team, please know that we are extremely heartbroken by the events that occurred this morning at our affordable housing property Gateway Village," Norris said. "We are proud of the heroic and swift actions of our staff to ensure that our residents were protected and kept safe."