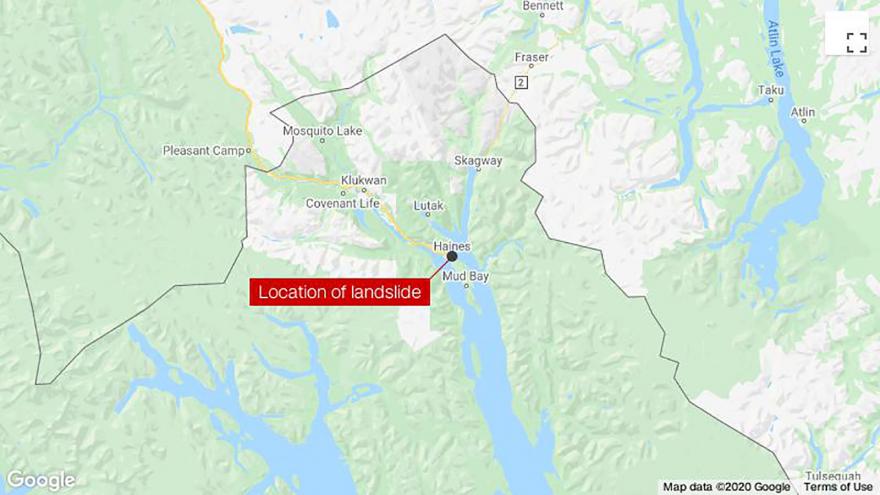 Four of the six people initially reported missing were located Thursday morning, according to a Haines Borough Government Facebook post.

Search and rescue teams are still looking for the other two, the post said, adding that the ground remains unstable and a landslide advisory is still in place.

Dozens of homes on the hillside are uninhabitable because of the incident, said Alekka Fullerton, Haines Borough interim manager.

"The whole side of the hill has come down," Fullerton said Wednesday.

The US Coast Guard, the Alaska National Guard and Alaska State Troopers were assisting in the search and rescue operation.

About 30 people had been evacuated as of Wednesday evening. The local emergency operations center asked contractors to assist in locating heavy equipment to move debris out of the way.

"The potential for additional debris flows and landslides over the next 24 hours is high," the borough government posted on Facebook.

In a written statement, Mayor Douglas Olerud said, "Haines is going to be needing lots of prayers."

"We have several roads that have washed out, mudslides, and houses flooding," he wrote.

Haines is about 90 miles northwest of Juneau.