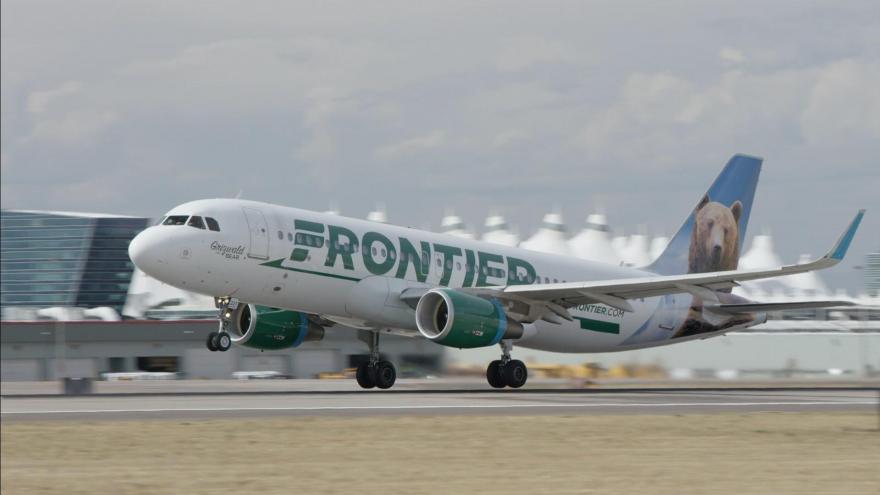 Two female plane passengers allege in a federal lawsuit they were sexually assaulted in separate incidents in 2018 on Frontier Airlines flights and that airline personnel failed to report the incidents to police and help them gather evidence.

(CNN) -- Two female plane passengers allege in a federal lawsuit they were sexually assaulted in separate incidents in 2018 on Frontier Airlines flights and that airline personnel failed to report the incidents to police and help them gather evidence.

The suit, filed in Colorado, relates the two women's accounts of apparently unrelated sexual assaults aboard Frontier flights originating in Denver. Each woman says she was assaulted by a male passenger during a flight, one in October and the other the following month. The accused assailants' names are not listed in the suit.

Both women reported the respective incidents to a flight attendant, according to the lawsuit. But the flight attendants, who also are not named, did not report the incidents to anyone else, did not request law enforcement be contacted to meet the plane upon landing, and did not cooperate or assist the complainants with getting evidence or the identities of the assailants or possible witnesses.

The lawsuit asks for class action status and accuses Frontier of failing "to have and/or follow policies and procedures to prevent, report, and respond to sexual assault of its passengers on its flights."

"However, I can tell you that the safety of our passengers and crew members is our number one priority at Frontier Airlines and we have strict policies in place to proactively and appropriately respond to reports of misconduct and alleged crimes," she said.

Sexual assault aboard flights is a growing concern for law enforcement. In 2018, the number of sexual assaults reported during commercial airline flights was increasing "at an alarming rate," the FBI said.

At the time, FBI Special Agent David Rodski said the department was not sure why the numbers had increased. He said the bulk of the incidents happen on red-eye overnights, flights of three hours or more where cabin lights might be darkened and instances where alcohol is being consumed.

The suit comes two weeks after a group of female pilots and flight attendants sued Frontier, alleging the airline forced them onto unpaid leave while pregnant and refused to accommodate their breastfeeding needs.