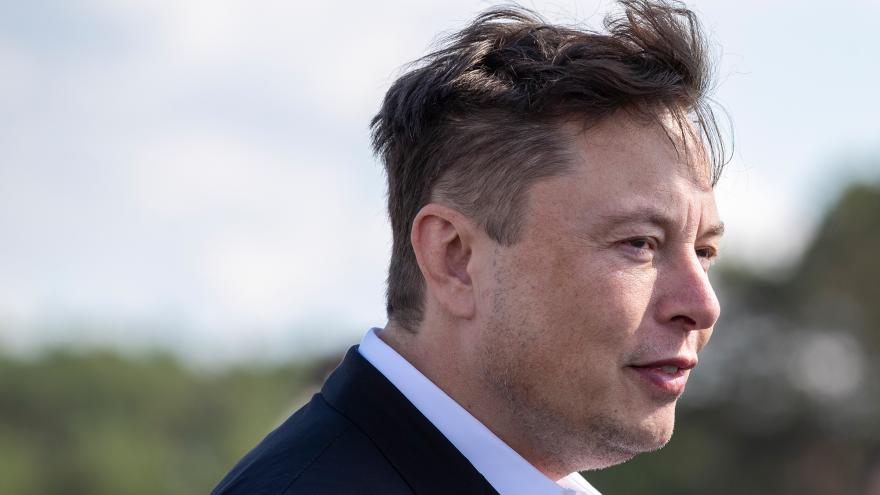 (CNN) -- A small group of ultra-wealthy individuals could help solve world hunger with just a fraction of their net worth, says the director of the United Nations' World Food Programme.

Billionaires need to "step up now, on a one-time basis", said David Beasley in an interview on CNN's Connect the World with Becky Anderson that aired Tuesday -- citing specifically the world's two richest men, Jeff Bezos and Elon Musk.

"$6 billion to help 42 million people that are literally going to die if we don't reach them. It's not complicated," he added.

Tesla chief executive Musk has a net worth of nearly $289 billion, according to Bloomberg, meaning that Beasley is asking for a donation of just 2% of his fortune. The net worth of US billionaires has almost doubled since the pandemic began, standing at $5.04 trillion in October, according to progressive groups Institute for Policy Studies and Americans for Tax Fairness.

A "perfect storm" of several crises, such as climate change and the Covid-19 pandemic, mean many nations are "knocking on famine's door," Beasley said.

Half of the population of Afghanistan -- 22.8 million people -- face an acute hunger crisis, according to a WFP report released Monday. Rampant unemployment and a liquidity crisis means the country is teetering on the edge of a humanitarian crisis and 3.2 million children under the age of five are at risk, the report concluded.

A series of new reports from the Biden administration issued a stark warning last week: The effects of climate change will be wide-reaching and will pose problems for every government.

Among the reports, the administration details how climate change is driving migration, the first time the US government is officially recognizing the link between climate change and migration. The WFP has warned about this swell of movement in the past, particularly in the "Dry Corridor" region in Central America.

"For example, take the United States and the region in Central America, the Dry Corridor, Guatemala, Honduras, El Salvador and Nicaragua -- just down in that area alone," said Beasley Tuesday. "We're feeding a lot of people down there and the climate is just changing with hurricanes and flash flooding; it's just devastating."

In Ethiopia, the WFP estimates that 5.2 million people are in urgent need of food assistance in the Tigray region, where Prime Minister Abiy Ahmed has led a major offensive against the Tigray People's Liberation Front (TPLF) since last year. Thousands of civilians have since been killed, while more than 2 million have been displaced.

Humanitarian organizations like the WFP have struggled to get supplies to those in need in the region, compounding the crisis.

"I don't know where they're getting the food from," said Beasley in the wide-ranging interview. "We're out of fuel. We're out of cash, in terms of paying our people and we are running out of money and we can't get our trucks in."