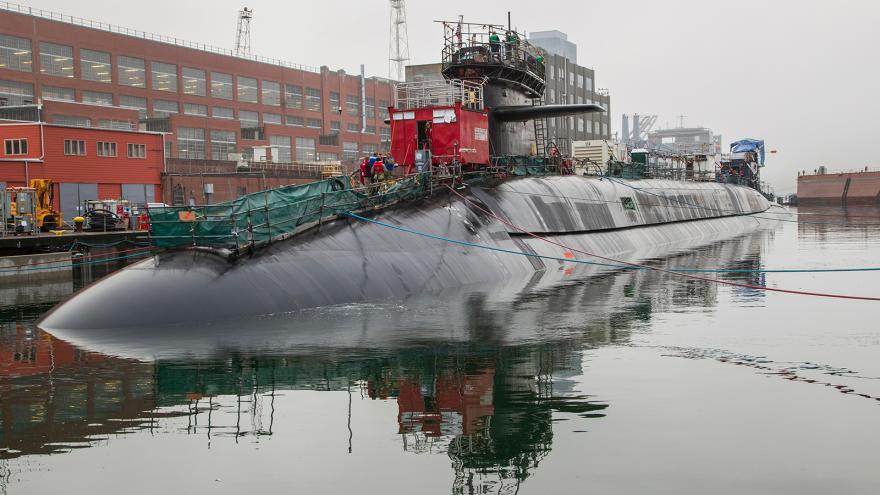 (CNN) -- Two Navy personnel were transported to a medical facility with non-life threatening injuries Saturday after a Navy nuclear submarine docked in a naval shipyard experienced an accident while conducting a routine test, according to a statement from the Puget Sound Naval Shipyard in Washington state.

The USS Louisiana ballistic missile submarine "experienced a problem in the forward crew access compartment while conducting a routine compartment air test," according to Anna Taylor, spokesperson for the Puget Sound Naval Shipyard and Intermediate Maintenance Facility in Bremerton.

"The boat's nuclear propulsion space was not affected," she added.

The test is no longer in progress and Navy personnel responded to the situation, Taylor said.

Five other sailors were evaluated by Navy medical personnel and did not require treatment, according to Taylor.

The 560-foot Louisiana was commissioned in 1997 and has been based in Washington state since 2005. It is capable of carrying up to 20 ballistic missiles with thermonuclear warheads.

State and local authorities have been notified about the incident. Further announcements will be released as more information becomes available, Taylor said.

Correction: An earlier version of this story misstated who was transported to a medical facility. They were Navy personnel.