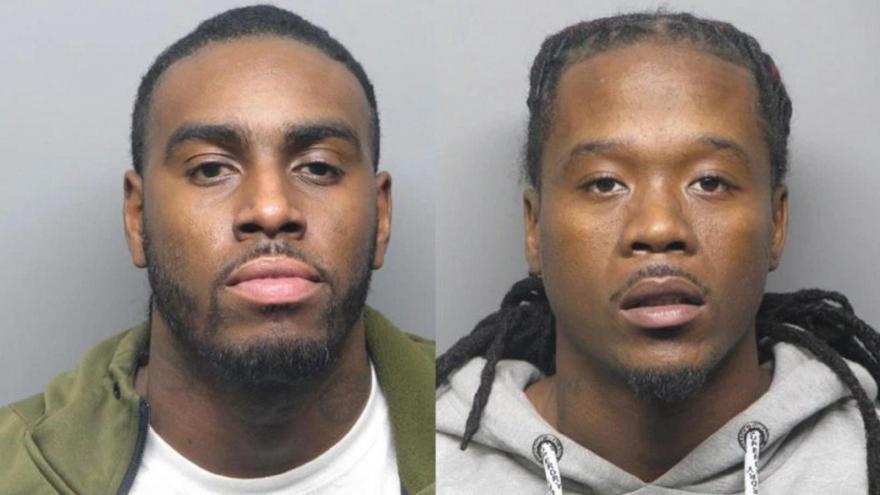 Domico Dones, left, and Frederick Johnson were arrested and charged in connection with a Halloween shooting that left five dead.

(CNN) -- Two more suspects have been arrested in connection with a shooting at a northern California Halloween party that left five people dead.

Domico Dones and Frederick Johnson, both 29, were arrested and charged Friday, the Contra Costa Sheriff's Office said in a statement.

Both men were charged with being felons in possession of firearms and ammunition. Johnson also was charged with child endangerment.

The shooting took place at an Airbnb in Orinda, California, a town east of Berkeley in the San Francisco Bay Area. The party, held at an Airbnb rental that specifically prohibited parties, was advertised on social media and had more than 100 people in attendance.

Five people were arrested November 14 in connection with the shooting. Dones and Johnson were not included in the initial arrests. Four of the five were released from jail Monday because the District Attorney's Office declined to charge them, according to CNN affiliate KGO-TV. The fifth man, Lebraun Tyree Wallace, 28, remains jailed on a probation violation, Contra Costa County Sheriff's Office said.

As a result of the shooting, Airbnb banned "party houses," CEO Brian Chesky announced days after the shooting.