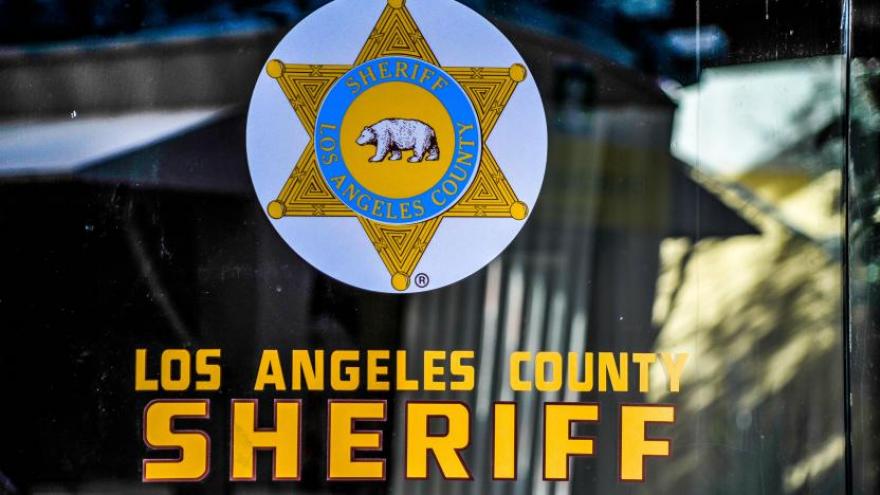 (CNN) -- The two Los Angeles County Sheriff's Department deputies who were shot and critically injured Saturday night are out of surgery, according to a LASD spokesperson.

"It looks like they're going to be able to recover," Sheriff Alex Villanueva said Sunday afternoon.

"We'll see what the long-term impact is. We don't know that yet, but they survived the worst," Villanueva said during a community dialogue event.

The deputies, one male and one female, were "ambushed" as they sat in their vehicle, police said.

Villanueva said at a press conference Saturday night that the shooting in Compton was done "in a cowardly fashion" and that both deputies were being treated at St. Francis Medical Center in Lynwood.

Capt. Kent Wegener said the shooting happened at 7 p.m. Wegener said the suspect approached from behind the deputies' vehicle and walked along the passenger side. He acted as if he was going to walk past the car, raised a pistol and shot multiple times hitting both deputies, Wegener said.

Video of the incident, tweeted by the LASD, appears to show an individual in dark clothing walking up to the deputies' car, firing a gun into it and running away.

The two officers -- a 31-year-old mother and a 24-year-old man -- were taken to a local hospital and are "both still fighting for their lives," LASD said. Both deputies were sworn in 14 months ago, Villanueva said.

"This is just a somber reminder that this is a dangerous job, and actions and words have consequences. Our job does not get any easier because people do not like law enforcement," Villanueva said. "It pisses me off, it dismays me at the same time. There's no pretty way to say it."

The sheriff's department announced Sunday afternoon it is offering a $100,000 reward for information leading to the arrest and conviction of the suspect, who remains at large.

As of Sunday, the Metro station in Compton remains an active crime scene, with dozens of law enforcement vehicles and police tape blocking access. Late Sunday morning, a tow truck was seen carrying away a Sheriff's Department SUV from the location of the shooting.

The hospital where the two deputies are being treated remains under heavy police protection with multiple patrol cars positioned near the entrance.

Both President Donald Trump and Democratic presidential candidate Joe Biden condemned the shooting. Speaking to a group of Latino supporters in Las Vegas on Sunday, Trump said, "When we find that person we got to get much faster with our courts, and we got to get much tougher with our sentencing."

In a statement, Biden called the shooting "absolutely unconscionable."

"Acts of lawlessness and violence directed against police officers are unacceptable, outrageous, and entirely counterproductive to the pursuit of greater peace and justice in America — as are the actions of those who cheer such attacks on," the statement said.

US Rep. Adam Schiff tweeted he was praying for the two deputies.

"Every day, law enforcement officers put themselves at risk to protect our community," his tweet read. "I hope the perpetrator of this cowardly attack can be quickly brought to justice."

A reporter and a protester were arrested and charged with resisting arrest outside the hospital, the LASD tweeted.

Deputies issued a dispersal order for "the unlawful assembly of a group of protesters" who, according to police, were yelling anti-police statements and blocking the hospital emergency entrance and exits, but "a male adult protester refused to comply."

"During his arrest, a struggle ensued at which time a female adult ran towards the deputies, ignored repeated commands to stay back as they struggled with the male and interfered with the arrest," a LASD tweet said.

"The female adult, who was later identified as a member of the press, did not identify herself as press and later admitted she did not have proper press credentials on her person," said a tweet.