2 killed when plane crashes into house known to homeowners 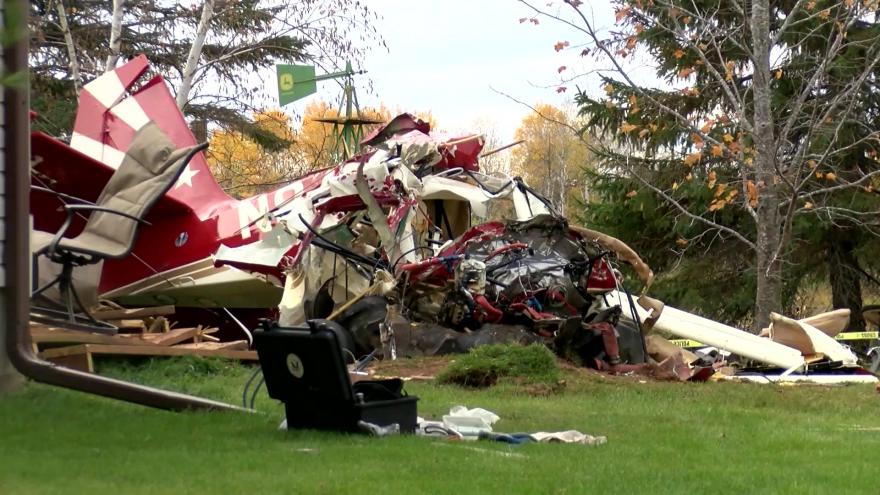 MARENGO, Wis. (AP/CBS 58) — Two people who died when their small plane crashed into a house in a tiny, northern Wisconsin town were known to the homeowners, who escaped injury.

The single-engine plane went down Saturday afternoon in the Ashland County community of Marengo, home to about 400 residents located about 80 miles from Duluth, Minnesota.

Martin Ollanketo says he and his wife were watching TV when they heard what sounded like a bomb. The plane crash destroyed their front porch.

The victims are brother and sister, identified by Ashland County Sheriff's Office as 29-year-old Aaron Mika and 21-year-old Aleah Mika. Witnesses say that the plane was performing aerial maneuvers when the accident took place.

Ollanketo said he tried to help the victims, but to no avail.

The homeowners knew the two killed, recounting their graduation parties that they attended.

An investigation by the NTSB and FAA are ongoing at this time.