Accused gunman in a Boise mall shooting dies in hospital 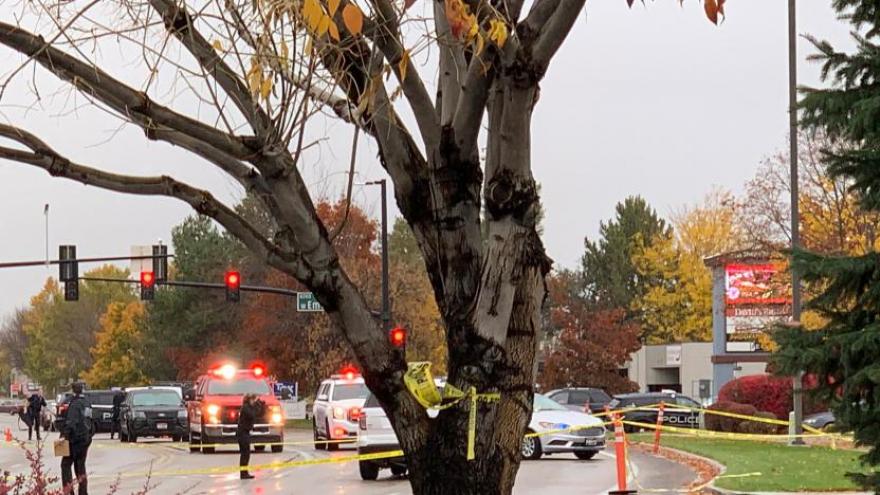 Six people, including a police officer, were injured Monday when shots were reportedly fired at an Idaho mall, according to tweets from the Boise Police Department.

(CNN) -- The accused gunman in an Idaho mall shooting on Monday died Tuesday at a local hospital, according to a news release from the Boise Police Department.

The Ada County Coroner's Office identified the suspect as Jacob Bergquist, 27. He was injured during an exchange of gunfire with a police officer Monday, BPD said.

"They were generally what we would categorize as disorderly conduct sort of calls in nature, trespass calls in nature, for disruptive behavior," Lee said, adding that police had contact with Bergquist in the past and he was a known subject of police reports, but they had no reason to arrest him.

Two other people -- a 49-year-old man and a 26-year-old man -- were killed when the gunman opened fire at Boise Towne Square Mall, the release said.

The third person was a 68-year-old woman who was shot while inside her car, the release said. She also had non-life-threatening injuries.

A Boise police officer was also injured in the shooting. The officer was treated and released, officials said.

The release says officers responded to the mall for reports of shots fired at 1:30 p.m. Monday.

"Callers indicated a white male adult, dressed in black, in possession of guns, had fired multiple shots inside of the building," the release said.

A preliminary investigation showed the gunman shot a security officer on the first floor of the mall, who later died at the scene. The gunman then continued firing multiple rounds inside the mall, hitting a glass escalator and a second victim who died at a hospital, the release said.

Officers arrived at 1:53 p.m. and confronted the gunman. An exchange of gunfire took place between the gunman and at least one officer, the release said.

Video streamed by a reporter from CNN affiliate KBOI showed several police cars and one ambulance outside the main entrance to the Macy's department store. The video shows one person being brought out on a gurney and loaded into the ambulance. Another person sits on the bumper of a police SUV while several emergency workers tend to his head.

"A preliminary investigation shows the suspect was in possession of multiple firearms and ammunition on scene at the mall," the release said. "(Eighteen) spent shell casings were recovered from inside the building."

A search warrant was executed Tuesday at a home on Fry Street in Boise today, the release said.

"We have been coordinating with our local, state and federal partners to investigate rumors and reports from social media and there is no evidence of additional planned attacks or ongoing threats to the public," the release said. "All evidence indicates the suspect was acting alone."

Police said they are in the process of notifying family members of the people involved.

Officers were going from one merchant to the next, clearing each business, police added.

Lee said most of the mall -- which has 153 stores, according to its website -- has been cleared.

Idaho Gov. Brad Little said the shooting is "unthinkable" and he was praying for the people who were injured. He said the state was ready to help police investigate the shooting.

Lee said a county task force would investigate the officer-involved part of the shooting.