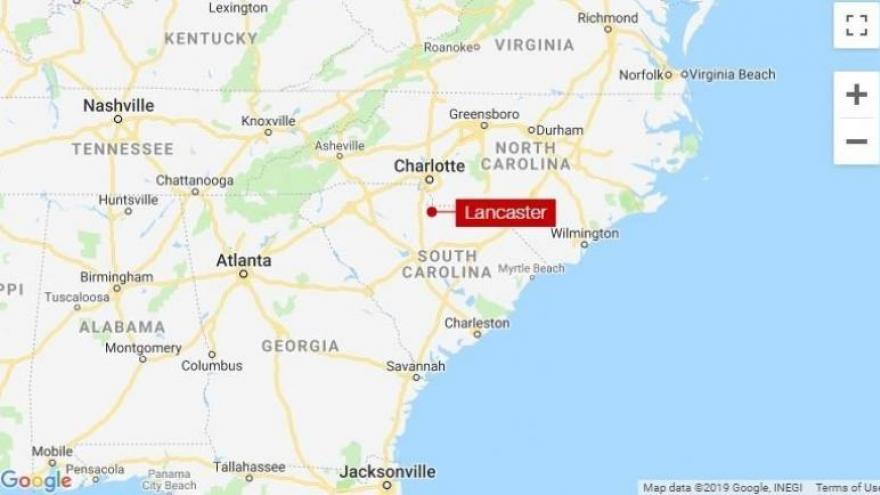 At least one person opened fire inside and outside a crowded South Carolina bar early Saturday, killing two people and injuring eight others before fleeing, authorities said.

(CNN) -- At least one person opened fire inside and outside a crowded South Carolina bar early Saturday, killing two people and injuring eight others before fleeing, authorities said.

The shooting happened at the Ole Skool sports bar just outside the city of Lancaster around 2:45 a.m. ET, the Lancaster County Sheriff's Office said.

The gunman was targeting at least one person and most of the victims were "at the wrong place at the wrong time," Lancaster County Sheriff Barry Faile said.

"I believe it was a beef between two individuals who showed up at the same place, things turned violent and there were several others who were shot," Faile told reporters.

He said officers were told the dispute between the suspect and one of the victims had been ongoing for a couple of months.

Authorities did not identify the suspect.

Four of the injured were airlifted to medical facilities for treatment, Barfield said. Information about their conditions wasn't immediately released.

The other four gunshot victims were treated at a hospital for noncritical injuries, he said.

A separate person was injured by falling at the bar; that person was treated at a medical facility and released, the sheriff's office said.

Lancaster is about 40 miles south of Charlotte, North Carolina.