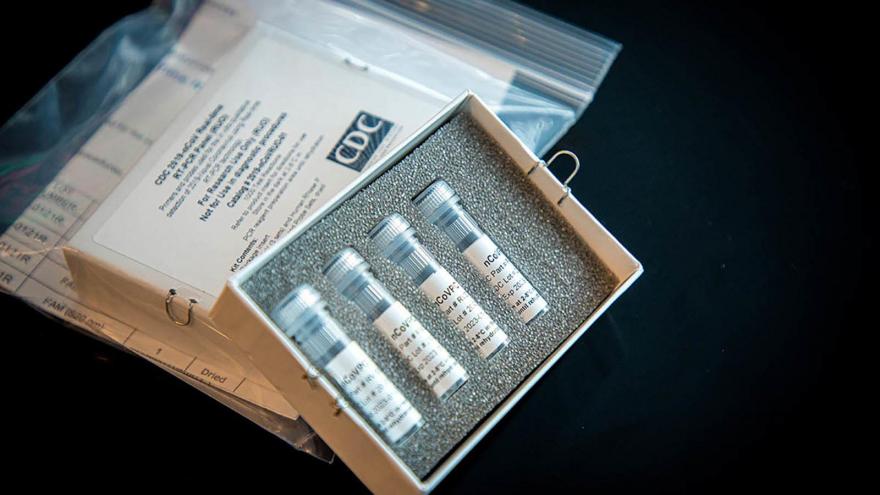 (CNN) -- New autopsy results show two Californians died of novel coronavirus in early and mid-February -- up to three weeks before the previously known first US death from the virus.

These deaths now stand as the country's earliest two attributed to the coronavirus, a development that appears to shift the understanding of how early the virus was spreading in the country, health experts told CNN Wednesday.

Northern California's Santa Clara County announced the autopsy results Tuesday. The two were a 57-year-old woman who died in her home in the county February 6, and a 69-year-old man who died at home in the same county on February 17, officials said.

The two in California had no "significant travel history" that would have exposed them to the virus, Dr. Sara Cody, the county's chief medical officer, told reporters Wednesday in San Jose.

"We presume that each of them" caught the virus through community spread, she said.

"Somebody who died on February 6, they probably contracted that virus early to mid-January," Jha told CNN's "New Day" Wednesday. "It takes at least two to three weeks from the time you contract the virus and you die from it."

If they did not contract coronavirus through travel abroad, "that means there was community spread happening in California as early as mid-January, if not earlier than that," Jha said.

"We really need to now go back, look at a lot more cases from January -- even December -- and try to sort out when did we first really encounter this virus in the United States," Jha said.

At the time of the February deaths, the county said, testing for coronavirus was limited -- generally restricted only to people with a known travel history or seeking treatment for certain symptoms, and available only through the Centers for Disease Control and Prevention.

These two people had flu-like symptoms before dying. The county's medical examiner-coroner tested for known viral illnesses, but the tests were negative, county officials said.

The CDC confirmed Tuesday that the tissue samples tested positive for coronavirus, the county said.

The county also announced that the March 9 death of a third person -- a 70-year-old man -- also was coronavirus-related.

No names were released.

As more deaths in the county are investigated, it's likely that more will be tied to the virus, the county said.

Dr. Colleen Kraft, associate chief medical officer of Atlanta's Emory University Hospital, said news about the February deaths wasn't "a total surprise, given the fact that the community spread happened ... rapidly, once we found it."

"That also means that a lot more people have had this, probably asymptomatically or with mild illness, than we thought before," Kraft said Wednesday.

Dr. Kent Sepkowitz, deputy physician-in-chief for quality and safety at New York's Memorial Sloan Kettering Cancer Center, said more information is needed to know what the February deaths show about the number of early coronavirus cases in the US.

"(It) shakes me up a little bit," Sepkowitz, an infectious disease specialist, told CNN Wednesday. "That said, I think the peak of the curve (in coronavirus cases in the US) is what we thought it was.

"In other words, all of the country monitors flu-like illness generically, over time. We did not see a spike that would have suggested trouble in February," he said.

"So, I think that we're going to find out that there were some" relatively early cases, but it still appears the larger jump was in March, he said.

Previously, the first known possible instance of community spread of novel coronavirus in the US -- in which a patient didn't have relevant travel history or exposure to another known patient -- was announced by the CDC on February 26.

Studies: Far more people may have been infected in LA, Santa Clara counties

News about the two February deaths adds to evidence suggesting not only that coronavirus may have been spreading in the US earlier but also the US case and death tallies may be significant undercounts.

Two studies involving antibody blood tests in California -- one in Los Angeles County and the other in Santa Clara County -- so far have suggested that the number of people already infected is dozens of times higher than officially reported.

Both studies are ongoing and have yet to be peer reviewed. Preliminary results were announced in the last few days.

Still, the studies estimate that only small fractions of the county populations have antibodies.

The Los Angeles County study estimated between 2.8% and 5.6% of the population — 221,000 to 442,000 people -- had Covid-19 antibodies, based on drive-through testing conducted on April 10 and 11. That would have been 28 to 55 times the number of cases that county officials recorded around that time.

Experts say these studies could help improve projections and disease modeling, and give a more realistic sense of how deadly the virus really is.