2 boys shot dead while sitting in a van at an elementary school parking lot, police say 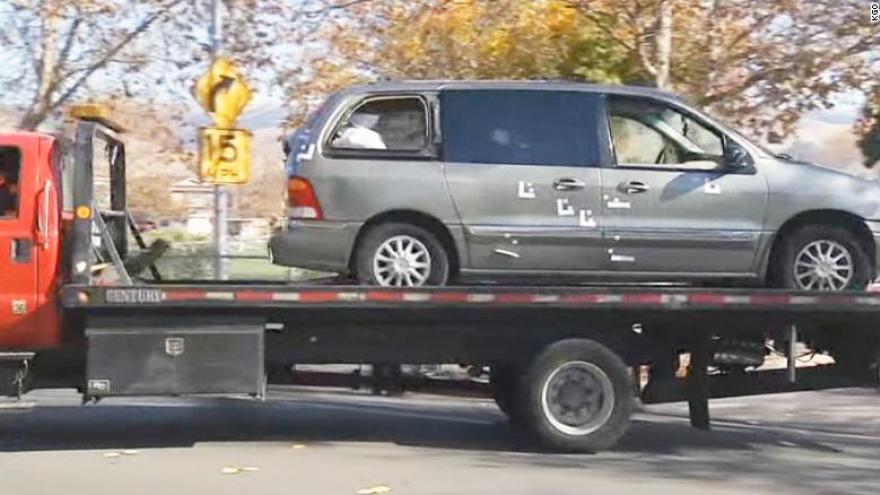 Justice Ruth Bader Ginsburg was released from the hospital and is home after having experienced chills and a fever, the Supreme Court announced Sunday.

(CNN) -- Two boys were shot dead while sitting in a van at an elementary school parking lot in Northern California, police said.

The victims, ages 11 and 14, were shot early Saturday in the west parking lot of Searles Elementary School, the Union City Police Department said.

They were in the parking lot at 1:26 a.m. when the incident happened, the New Haven Unified School District said in a statement. It said one was a school district student while the other was a former student.

The superintendent of the New Haven Unified School District, John Thompson, issued a message for the school district's families. He said, "We will have support for our students and staff at the sites where these students attended when school resumes after the Thanksgiving break. We also work closely with the UCPD to ensure that our schools are as safe as they can be."

The older boy died at the scene while the younger one died on the way to a trauma center. Police said they'll not release their names because they are minors.

"The Union City Police Department is diligently looking into the motive for this tragic incident ... Crime scene investigators have collected several items of evidence, including shell casings," police said.

Investigators said they're working to determine whether the shooting is connected to one that happened in the city four days prior and left two men injured. "Although there is no evidence to show that these two incidents are linked, investigators have not ruled out that possibility," police said.

No arrests have been made in the killings. Anyone with information is asked to call the anonymous tip line at (510) 675-5207 or reach out to investigators via email at tips@unioncity.org.

Union City is about 20 miles from Oakland.

So far this year, before Saturday's incident, there had been 45 school shootings, according to a CNN tally. That's nearly an average of one school shooting a week.

Since there is no single definition for what qualifies as a school shooting, CNN's tally counted shootings on school property, which includes but is not limited to buildings, athletic fields, parking lots, stadiums and buses.