2,800 US flights canceled for Saturday, as winter storm is set to pummel East Coast 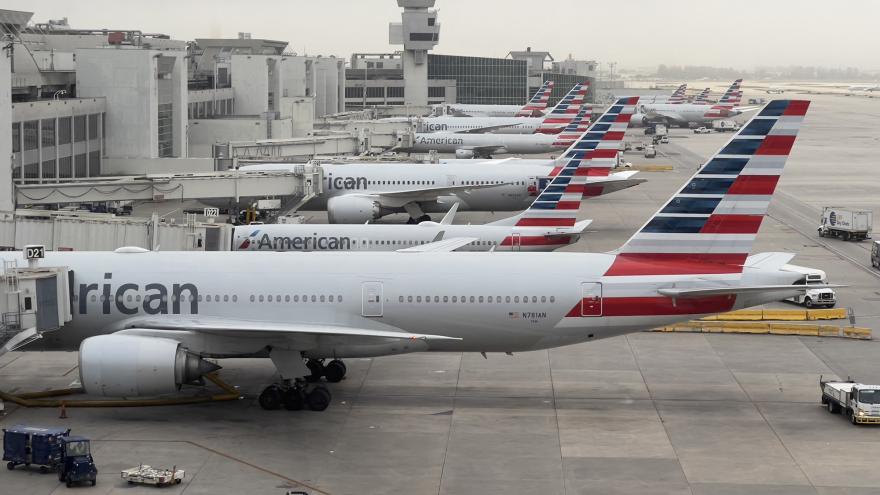 (CNN) -- Airlines have canceled thousands of flights for Saturday as a powerful winter storm packing strong winds and many inches of snow is set to envelop major cities on the East Coast.

According to FlightAware, more than 2,800 flights within, into or out of the United States are canceled Saturday, with East Coast hubs being the most affected.

Boston's Logan airport, which is a hub city for JetBlue and Delta Air Lines, has 300 cancellations. For Saturday, JetBlue has axed 50% of its schedule. About 17% of American's schedule and 18% of United's schedule for Saturday has also been canceled.

Republic Airways, a feeder carrier that operates flights under the names American Eagle, Delta Connection, and United Express, has canceled 60% of its schedule Saturday.

Read more: What should I do if my flight has been canceled or delayed?

New York airports, including John F. Kennedy and LaGuardia, have more than 600 cancellations combined. Both of those airports have sizable operations for Delta, JetBlue and American. Newark Liberty in New Jersey, which is United's hub, has 267 cancellations.

"Delta's meteorology team in the airline's operation and customer center will continue to monitor the winter weather and make tactical adjustments as needed," the airline said.

An American Airlines spokesperson said that the storm is "expected to have a significant impact on our Northeast operation, especially at Boston Logan International Airport."

More than 1,000 cancellations were recorded Friday with the most occurring at Chicago O'Hare.

The path of this weekend's nor'easter is becoming clearer as 75 million people from the Southeast to New England might face dangerously heavy snow and winds approaching hurricane intensity with the potential to knock out power, flood coastal areas and severely impair travel, forecasts show.

The storm is expected to unleash a double whammy of heavy snowfall and strong winds throughout parts of the Northeast, but the exact impact across the region remains in question.

"This storm is likely to strengthen at a rate, and to an intensity, equivalent to only the most powerful hurricanes, so the high-end potential of this storm cannot be overstated," CNN meteorologist Brandon Miller said. "But with nor'easters, like in real estate, it will all come down to location, location, location."

It's been a miserable few weeks to be an airline traveler. Winter weather and Omicron surges left 20,000 US flights canceled over the busy holiday travel season. As travel picked up, staffing cuts also left airlines with fewer employees than they had before the pandemic.