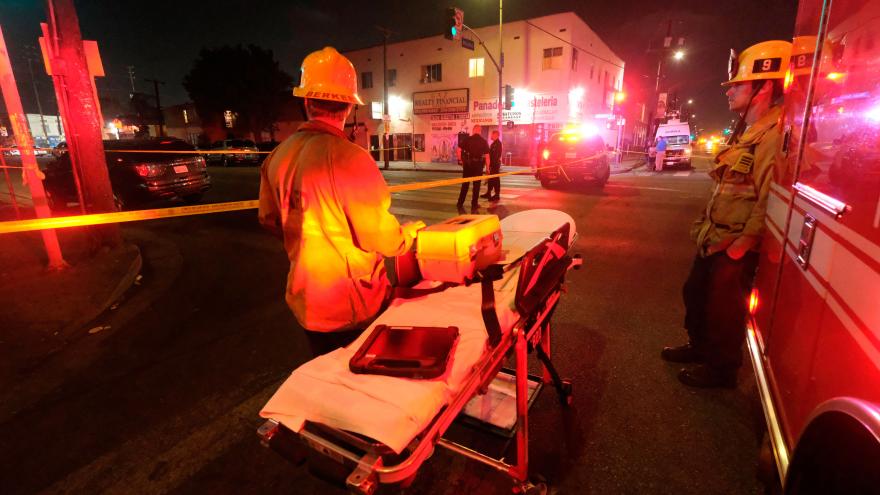 (CNN) -- At least 17 people were injured in Los Angeles on Wednesday evening after an explosion occurred inside a police bomb squad disposal truck, officials said.

"This vessel should have been able to dispose of this material," Los Angeles Police Department Chief Michel Moore said at a news conference. "Something happened in that containment vehicle that should not have happened and we do not know why."

The explosion occurred as officers intentionally detonated the improvised devices in the truck, Moore said.

One person was arrested and charged with possession of a destructive device, the chief said. The illegal fireworks came from out of state and were intended for sale around the Fourth of July holiday, he added.

Of the 17 people injured, 10 were responding officers and seven were civilians, Moore said.

The police chief did not describe the condition of the injured.

In an earlier statement, the Los Angeles Fire Department said there 16 people were injured, including nine members of the LAPD, described as "all in fair condition with minor injuries" and one member of the Bureau of Alcohol, Tobacco, Firearms and Explosives (ATF), who had minor injuries.

Of the six civilians mentioned in the statement, the LAFD said three sustained serious injuries and the other three had minor injuries.

Mayor Eric Garcetti has said there would be a full investigation into the incident.

"Illegal fireworks pose a great danger and can cost lives. We will prosecute those who use or possess them to the fullest extent of the law," he said in a statement.