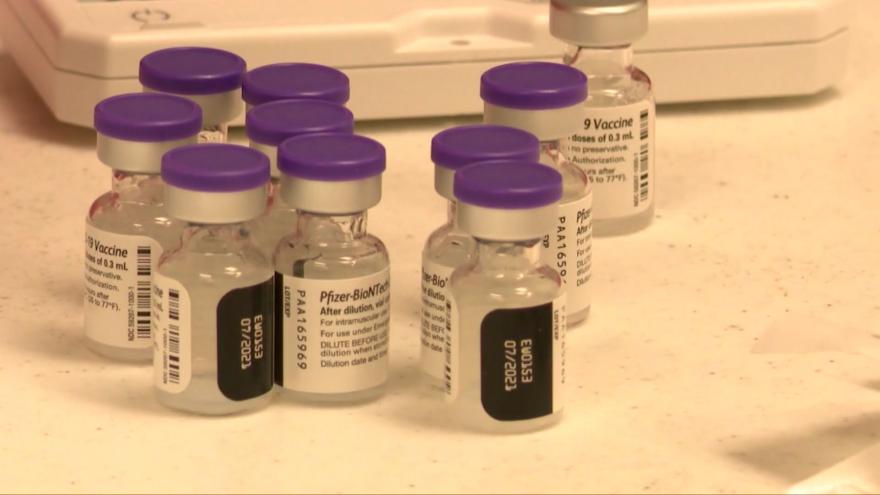 (CNN) -- Seventeen Catholic and Baptist medical professionals who say they oppose getting the Covid-19 vaccine for religious reasons are seeking to prevent New York State from enforcing its vaccine mandate, according to a federal complaint filed in New York on Monday.

The professionals -- nine doctors, five nurses, a nuclear medicine technologist, a physician liaison and a rehabilitation therapist -- are seeking a judgment declaring the mandate "unconstitutional, unlawful, and unenforceable," according to the lawsuit.

"The Vaccine Mandate emerges in the context of an atmosphere of fear and irrationality in which the unvaccinated are threatened with being reduced to a caste of untouchables if they will not consent to being injected, even 'continuously,' with vaccines that violate their religious beliefs," the complaint said.

They are seeking a temporary statewide restraining order against the mandate followed by a permanent injunction, according to the lawsuit.

The mandate, the lawsuit argues, overrides protections provided under the Title VII of the Civil Rights Act of 1964, New York State's Human Rights Law, the Supremacy Clause as well as the First and Fourteenth Amendment of the US Constitution.

In August, the New York State Department of Health issued an order requiring all health care workers be vaccinated against Covid-19 by September 27.

Debate surrounding vaccine mandates has picked up since President Joe Biden announced a new plan to tackle the pandemic last week, which includes vaccine requirements in some workplaces.

Health experts and many officials have called vaccine mandates a necessary step to protect the population and slow the spread of the virus. But there has also been blowback from some state leaders, such as Gov. Greg Abbott of Texas, who have called the announcement at the federal level an overreach and pledged to challenge it in court.

The plaintiffs cited religious convictions that prevent them from being inoculated with vaccines that they said "were tested, developed or produced with fetal cells line derived from procured abortions."

Pfizer/BioNTech and Moderna used cell lines originating from fetal tissue to test their vaccines but they are not used in vaccine manufacturing or production, whereas fetal cell lines were used in Johnson & Johnson's "development, confirmation and production," according to Dr. James Lawler, an infectious disease expert at Nebraska Medicine.

Those cells are thousands of generations removed from the original fetal tissue, said Lawler.

No major religious denomination has taken a stand opposing vaccination. Pope Francis declared it "the moral choice because it is about your life but also the lives of others."

Last month, the Roman Catholic Diocese of Las Vegas sid it would not issue letters of exemption on religious grounds, according to a communication obtained by CNN.

"For the past several months, our Holy Father Pope Francis has made it clear that the various forms of Covid vaccines are morally acceptable, urging Catholics across the globe to become vaccinated, not only for their own safety and well-being, but also out of concern for the weak and vulnerable in our midst," Bishop George Leo Thomas said.

The Thomas More Society, a self-described pro-life group, provided the attorney for the 17 plaintiffs in this case.