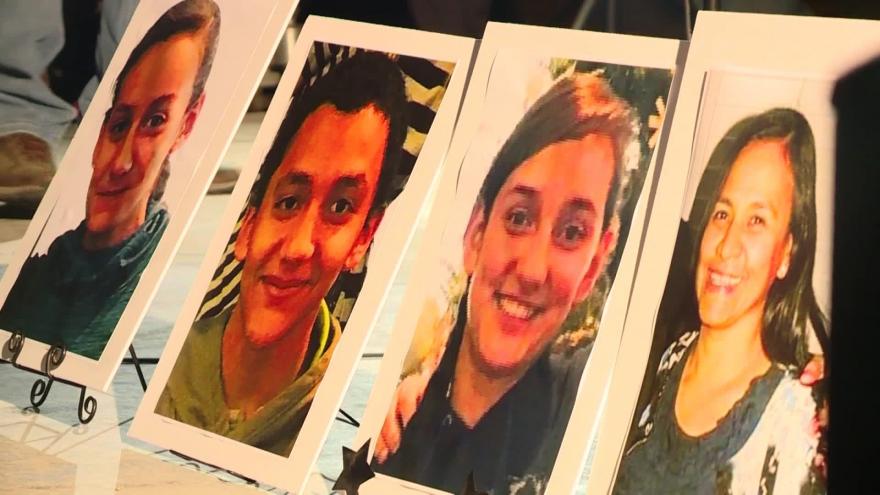 A Utah teen has been charged as an adult in the shooting deaths of his mother and three of his siblings at their home in Grantsville.

(CNN) -- A Utah teen has been charged as an adult in the shooting deaths of his mother and three of his siblings at their home in Grantsville.

The boy had stayed home from school that day, according to Tooele County Attorney Scott Broadhead. He shot his mother, 52-year-old Consuelo Alejandra Haynie, and 12-year-old sister, Maylan, multiple times as they arrived home around 1 p.m., killing them, Broadhead said.

According to the charging document, Haynie then killed his 15-year-old sister, Alexis, with multiple gunshots after she came home from school, and shot his 14-year-old brother, Mathew, to death later in the afternoon.

"The victims all had gunshot wounds in their heads, necks, and/or shoulder areas," according to the charging document.

At around 6:15 p.m., Haynie's father, Colin Haynie,arrived home. The father told police that his son shot him in the leg and hit him in the head before he was able to overpower the teen, the charging document says.

According to the prosecutor's timeline, a neighbor came to the home, calling 911 and taking both Haynie and his father to the hospital. The teen confessed to the murders during the 911 call and was arrested at the hospital, Broadhead said.

The boy told his father "that his intention was to kill everyone in the house except himself," according to the charging document.

The accused teen has not cooperated with investigators, according to Broadhead.

The teen does not currently have an attorney. He is scheduled to make his first court appearance Monday, according to the Tooele County District Court.

Because of his age, prosecutors cannot pursue the death penalty in this case.