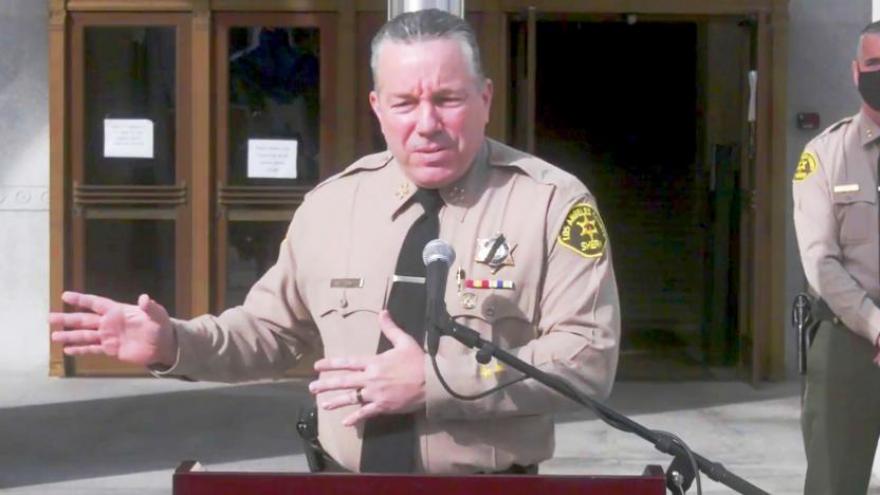 Deputies broke up a party Saturday night at a vacant house the party organizers had broken into, Sheriff Alex Villanueva said, calling the event "a flagrant violation of the governor's health order."

Officers took six firearms from the scene and rescued a 17-year-old girl who Villanueva said had been a commercially sexually exploited.

The county and other California regions went under a stay-at-home order late Sunday in an effort to bring down the soaring number of Covid-19 hospitalizations around the state. The orders, mandated by the governor, went into effect after intensive care unit capacity fell below 15% in Southern California and the San Joaquin Valley.

Officers arrested 120 adults and 38 juveniles, including the "entire organizing network," Villanueva said. He described the group as "elusive."

The sheriff said the organizers broke into the home and used a rental truck to move in their party equipment.

"This is how brazen this operation was," Villanueva said.

The parties are always a problem but during a pandemic, they "become a deadly source of contagion and a super spreader event," the sheriff said.

"The outdoor temperature was 26 degrees. That event would have had 500 people had we not broken it up," the sheriff said. Even without the health order, the actions of the participants were criminal in nature, he said.

A record 10,500 patients are hospitalized in the state, California Health and Human Services Secretary Mark Ghaly said Tuesday. The number of new infections is also soaring, with daily case counts doubling in the past two weeks.

"Moving forward, we will additionally be conducting targeted enforcement on super-spreader events," the sheriff tweeted Thursday.

Palmdale is a city in northeast Los Angeles County.