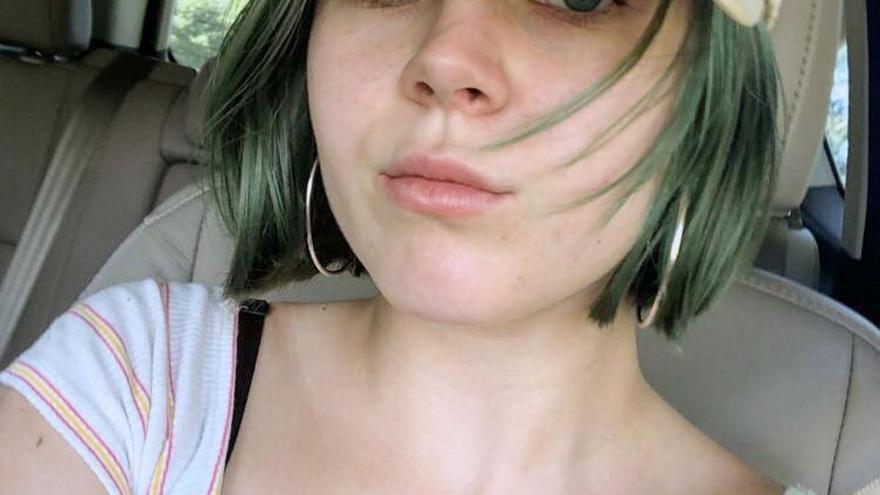 A 14-year-old boy has been arrested for the stabbing death of Barnard College freshman Tessa Majors in New York City, police and prosecutors said.

(CNN) -- A 14-year-old boy has been arrested in the stabbing death of Barnard College freshman Tessa Majors, police and prosecutors said Saturday.

The boy has been indicted on two counts of murder in the second degree -- one for intentional murder, the other for felony murder committed during a robbery, Manhattan District Attorney Cy Vance told reporters. He's also charged with four robbery counts.

The teen, who investigators believe wielded a knife in the deadly assault, was arrested without incident at a Harlem housing project Friday night, police said. He was with his mother and other family members.

Majors, 18, was walking in Manhattan's Morningside Park near Barnard College on December 11 when she was attacked, NYPD said. She had moved from Virginia for her freshman year.

The killing shocked a city that had seen declines in violent crime. It unsettled the sprawling urban campus that Barnard shares with Columbia University.

"Sadly, it cannot bring back this young woman, this student, this victim," NYPD Commissioner Dermot Shea said of the arrest.

"That is something even the best most impartial investigation simply cannot do. What we can do is say that we are confident we have the person in custody who stabbed her."

The defendant's lawyer did not immediately respond to a request for comment. CNN also sought comment from representatives of Majors' family.

"It paints a gruesome picture of what this young woman endured in her final moments," he said. "As alleged, some of the last words she was known to have said was, 'Help me! I'm being robbed.'"

Police found Majors lying face down and bleeding from multiple stab wounds outside Morningside Park on the evening of December 11, according to the criminal complaint. Moments earlier, she had told a witness that she was stabbed and robbed in the park.

She was pronounced dead at a nearby hospital at 7:23 p.m., the complaint said. The cause of death was multiple stab wounds to the torso, including one that pierced her heart.

Surveillance video showed that Majors and the defendant, along with two other young men, entered the park around the same time, the complaint said. The defendant was wearing the same navy jacket with white and red stripes that he wore during a knife point robbery days earlier.

One witness told police he heard a male voice say, "Gimme your phone. You got some weed, gimme that too" before hearing a female voice scream and say, "Help me! I'm being robbed," according to the complaint.

Surveillance video showed three people and Majors struggling on a park landing before she broke free and staggered up the stairs, the complaint said.

Investigation into other possible suspects continues

The defendant has been remanded into custody and will be arraigned February 19, Vance said. He is being charged as an adult.

"Our office and the NYPD are in active investigation in terms of other suspects and that will continue," he said.

Shea said authorities had been in touch with the Majors family.

"Sadly, there is no comfort that we can give them and for that, we are sorry," he said.

Another teen, a 13-year-old boy from Manhattan, was arrested a day after the stabbing. He was charged with second-degree murder, first-degree robbery and criminal possession of a weapon.

In December, NYPD Det. Wilfredo Acevedo testified the 13-year-old boy told him he went to the park with two other people with the intention of robbing someone.

The teen said that at some point before the attack, one of the other two people dropped a knife, and he picked it up and handed it back to them, Acevedo said.

The trio initially followed a man but targeted Majors, who refused to give up her property, Acevedo testified.

Vance said the law required a 13-year-old charged with felony murder be prosecuted in family court. "The law gives jurisdiction to our office where a 14-year-old is charged with intentional murder and felony murder, which is why the case is in criminal court," he added.

Majors was from Charlottesville, Virginia, and previously lived in neighboring Waynesboro.

Barnard College is an all-women's school in Manhattan with more than 2,600 students. The school's campus stretches from West 116th Street to West 120th Street off Broadway in the Morningside Heights neighborhood of New York City.