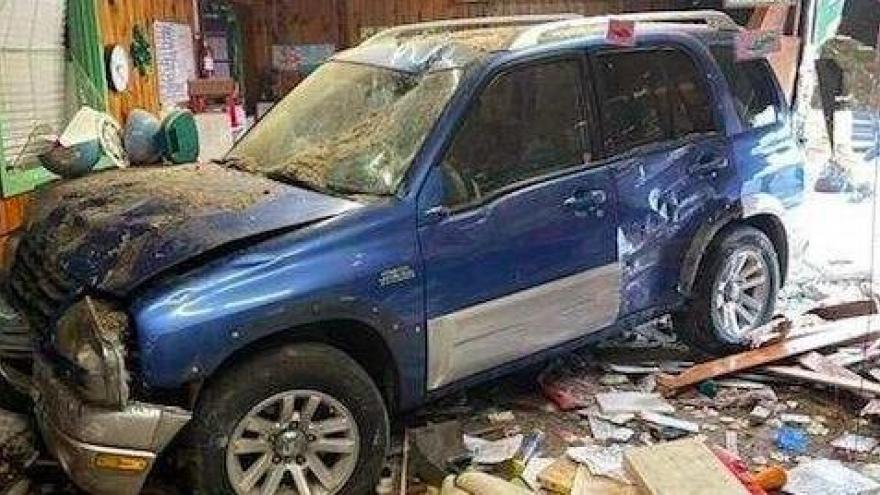 14 children are hospitalized Thursday after a vehicle crashes into a day care in Northern California.

(CNN) -- Fourteen children were taken to hospitals Thursday after a vehicle crashed into a day care center in north-central California, officials said.

Most of the children were taken to hospitals for precautionary reasons, the Anderson Police Department said in a statement. No fatalities were reported, and none are expected, police said.

Nine children, whose ages weren't immediately released, were taken to Mercy Medical Center in Redding and are in stable condition, according to a hospital spokesperson.

Three people were taken to St. Elizabeth Community Hospital in Red Bluff, and the spokesperson didn't provide ages nor the conditions of those patients.

The conditions and ages of the other two people taken to hospitals weren't immediately clear.

There were 19 children and two adults inside the day care when the crash happened around 2:30 p.m. local time. Video from CNN affiliate KRCR shows a small blue SUV entirely inside the building, leaving a gaping hole in the brick façade.

Police determined that the driver of the vehicle was not impaired. The driver remained on scene, cooperated with police and was released, officials said.

The investigation into the crash is underway, police said.