137,000 fentanyl pills and other drugs seized after police stopped a man in Phoenix 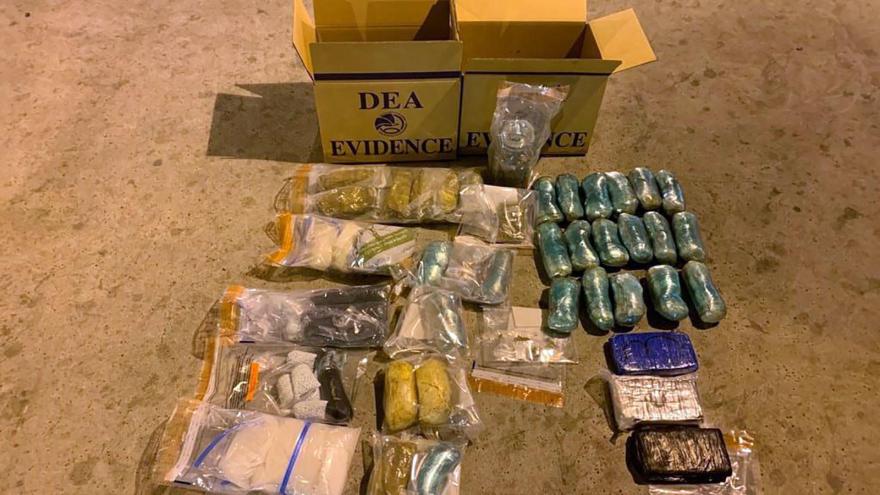 The Phoenix Police Department found $2.5 million worth of fentanyl during a drug bust.

(CNN) -- Phoenix police seized $2.5 million worth of fentanyl pills along with other drugs and weapons after stopping a suspected trafficker, officials said.

Officers involved in a drug task force took 137,000 fentanyl pills off the streets Thursday during the second bust in the city in two weeks, the Phoenix Police Department said in a statement.

The drug bust came after police identified a man they believed was selling large amounts of fentanyl pills to drug dealers.

After investigations, officers stopped suspect Alexis Meza, 20, of Phoenix, while he was driving and uncovered 122,000 fentanyl pills in his vehicle, the statement said.

Following the car stop, officers went to his home where they uncovered more fentanyl pills, 38 pounds of methamphetamine, a pound of marijuana, $5,000 in cash, seven handguns and two rifles, according to police. Investigators also found four vehicles and ammunition during their search.

Meza was booked into jail on various drug charges. CNN has not been able to determine whether he has an attorney, and has reached out to the Maricopa District Attorney's office.

Last week, another drug bust -- considered one of the largest in the state of Arizona -- netted 165,000 fentanyl pills.