1.2 million nonbinary people live in the US, a new study says 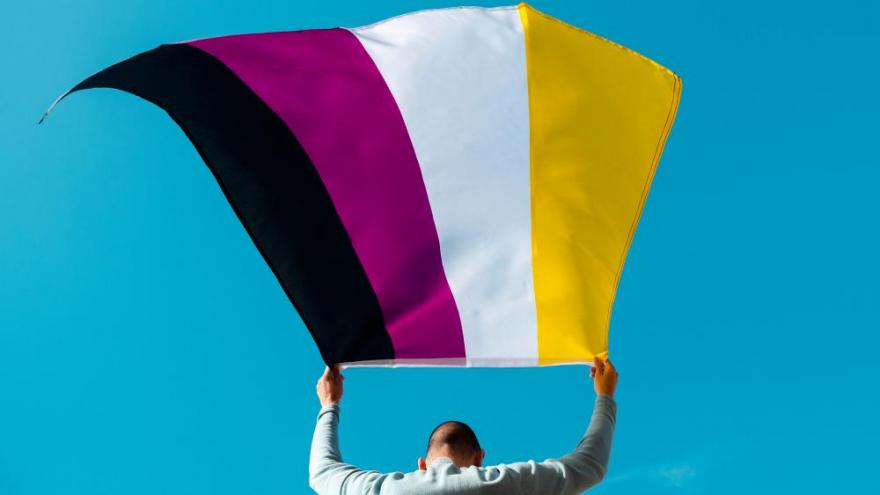 A new study from the Williams Institute found that there are more than 1 million nonbinary people living in the US.

(CNN) -- There are more than 1 million nonbinary adults in the US, a first-of-its-kind study found.

Approximately 1.2 million people living in the US identify as nonbinary, according to a new study by the Williams Institute at UCLA School of Law. Of those 1.2 million people, the majority are under 29 years old and White.

"Identities and terms related to gender and sexuality shift across time," said study author Ilan H. Meyer, senior scholar of public policy at the Williams Institute, in a statement. "Our study found nonbinary adults tend to be younger, but as the use and acceptance of gender nonbinary terms continue to grow, we may see changes in numbers and characteristics of LGBTQ nonbinary people."

The research team used data from two population-based surveys of LGBTQ+ people in the US. The team then examined the demographics of those who identified as nonbinary, and released those results on Tuesday.

More than half of nonbinary adults are White, at approximately 58%, but 16% are multiracial, 15% are Latinx, 9% are Black, and 2% are AAPI, American-Indian or belong to other groups, the study said.

"Nonbinary people make up a substantial part of the LGBTQ community, and they appear to experience similar kinds of vulnerabilities seen in the larger LGBTQ population," said lead author Bianca D.M. Wilson, senior scholar of public policy at the Williams Institute, in a statement. "More research is needed to understand whether there are unique needs among cisgender and transgender nonbinary people compared to each other and to their binary-identified LGBTQ counterparts."

Those who identify as nonbinary, according to the National Center for Transgender Equality, do not have a male or female gender. Most notably, singer Demi Lovato revealed they are nonbinary last month, saying that it "best represents the fluidity I feel in my gender expression."