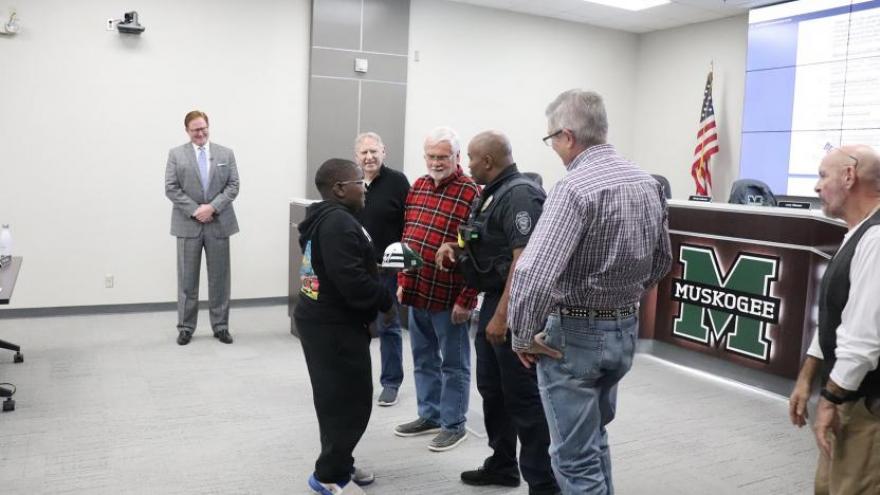 (CNN) -- A sixth grader in Oklahoma was honored for heroism for jumping into action to save a classmate who was choking and rescue a woman from a house fire all in one day.

And for his actions, 11-year-old Davyon Johnson was named an honorary police officer, honorary sheriff's deputy and a hero -- also all in one day.

Johnson received the three awards last week during the Muskogee School Board meeting. On December 9, he performed the Heimlich maneuver on a classmate who was choking, according to a Facebook post by the school district -- and later that evening, he helped a woman whose house was on fire.

Latricia Dawkins, the principal at Davyon's school, told the Enid News and Eagle that a student was removing the cap from their water bottle to fill it up when the cap got stuck in their throat. Davyon saw the student choking and performed the Heimlich maneuver, which dislodged the cap, saving the student, Dawkins said.

"He has always indicated that he wants to be an EMT," Dawkins told the newspaper. "So he got to put that desire into action and immediately saved that young man."

Later that evening, he saw a woman's house on fire and helped her off her porch to get to her vehicle.