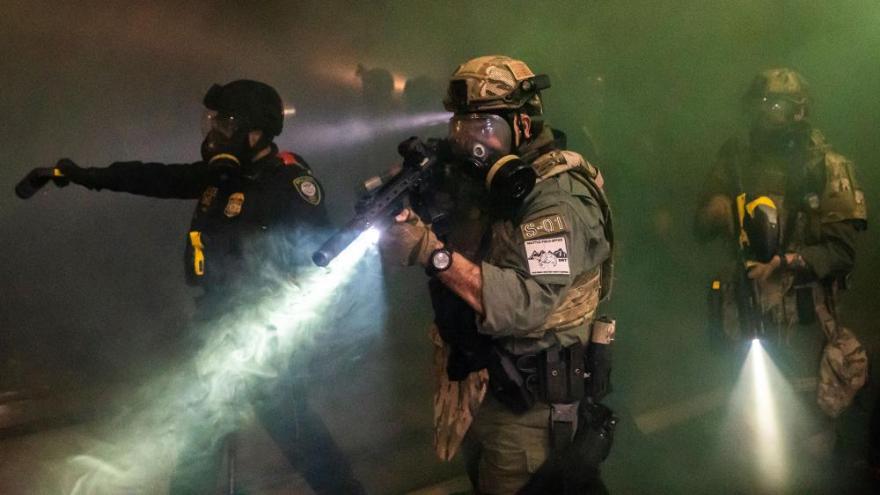 Federal officers disperse a crowd during a protest at the Immigration and Customs Enforcement detention facility in Portland, Oregon. Eleven people were arrested after a demonstration.

The Portland Police Bureau (PPB) said in a release that the demonstration happened outside offices for Immigration and Customs Enforcement (ICE) and the Department of Homeland Security.

The PPB said a group began marching from a park to the federal facility around 8:45 p.m. local time. Police declared an unlawful assembly and warned people to leave.

The 11 arrested were engaging in "criminal activity, including throwing items at officers," police said, and were booked into the Multnomah County Detention Center.

The city has been the scene of unrest over police brutality and systemic racism since George Floyd was killed in Minneapolis while in police custody in late May.

Portland police say this was the first protest in almost two weeks, since smoke from West Coast wildfires kept demonstrators off the streets.