11 Chinese migrants were found hiding inside furniture and appliances 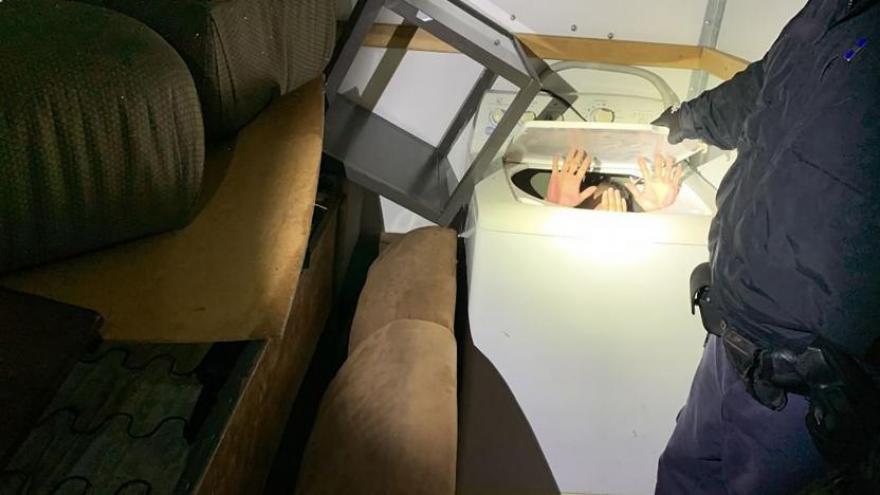 Several Chinese migrants trying to enter the US from Mexico were hiding in a washer, a dresser and other furniture, federal authorities said.

(CNN) -- Several Chinese migrants trying to enter the US from Mexico were hiding in a washer, a dresser and other furniture, federal authorities said.

Border agents searched a moving truck at the San Ysidro Port of Entry in San Diego, California, on Saturday when they found 11 Chinese migrants hiding inside "various pieces of furniture," US Customs and Border Protection said in a statement.

Migrants were found in a washer, a chest and a dresser, CBP said.

None of the migrants were seriously injured, Pete Flores, the agency's director of field operations for San Diego, said in the statement.

They were detained pending criminal and immigration proceedings, CBP said.

The truck's driver, a 42-year-old US citizen, was arrested and taken to the Metropolitan Correctional Center in San Diego, CBP said. He was not named by officials and details about any charges against him were not immediately available.

"CBP cannot stress enough the dangers of smuggling people," Flores said. "These are human beings that smugglers subject to inhumane conditions that could have deadly consequences."