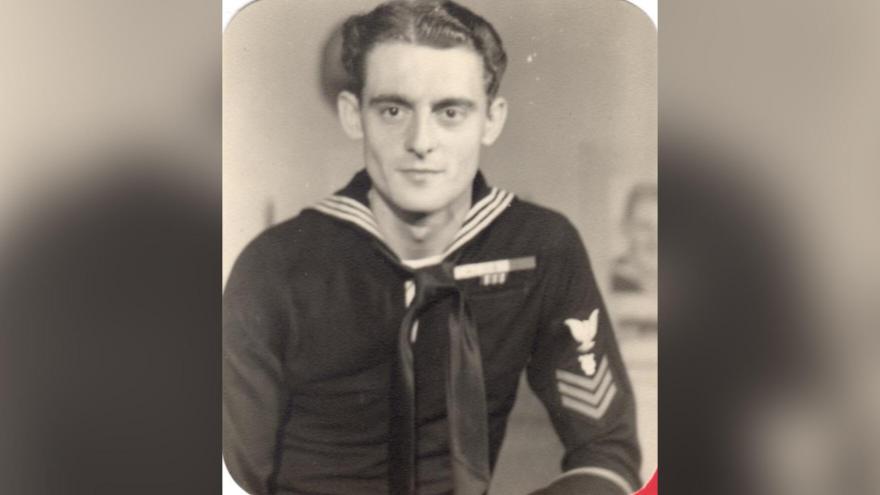 Ike Schab is Pearl Harbor survivor and will be attending the 80th anniversary ceremony thanks to help from his daughter.

(CNN) -- A Pearl Harbor survivor will be in attendance at the 80th remembrance ceremony this week, thanks to the help of his daughter and dozens of strangers who wanted to make sure he could be there.

"I don't remember seeing the Arizona get hit, but I remember being at the bow of our ship and a big high tower of flame and debris came off of her," Schab said. "It's getting harder to remember these things, but I remember trying not to get killed during the war. Like most people."

His daughter, Kimberlee Heinrichs, told CNN she knew her dad needed to attend the event on December 7, after his social life was severely limited due to the Covid-19 pandemic. But after a tough year of layoffs and financial struggle, getting him there with the care he needed didn't seem possible.

Schab needed two caregivers for the travel to Hawaii, but the organization taking the veterans was only able to pay for one.

"So, I'm working part-time, no money, and then the organization who might have taken him was unable to accommodate the need for two caregivers. I finally just went, Let's get this done in a way that works best for him," Heinrichs said.

To raise the money to get a second caregiver -- Heinrichs turned to GoFundMe. After about a week she exceeded the $5,000 goal and then some. Schab will now have three caregivers to allow Heinrichs and her husband so time off.

"The idea that complete strangers donated money even beyond what was needed made me cry. People did something kind when that seems in short supply," she said.

Both said they are grateful for the generosity of others, and the opportunity to have Schab there in person. On Sunday, he's going to be conducting the PACFLEET band at the Pearl Harbor Visitor Center.

Schab has attended the ceremony a few times in his life and said every time he does, it brings him a sense of wonder.

"I like that when I go there are reminders of people and things from a long time ago. People I miss. It brings back memories," he said.

Heinrichs acknowledges this could be her dad's last time attending the ceremony, and implores this generation to get to know some veterans.

"But really that they have so much to offer people and they need to ask the questions and have them tell them their stories. This generation especially. We are losing them so often," she said. "They have a lot to offer. Give them the time."

Last year was the first year no survivors or eye witnesses were in attendance for the ceremony, due to the pandemic. According to the US Department of Veterans Affairs, only 240,329 of the 16 million Americans who served in World War II are still alive in 2021.