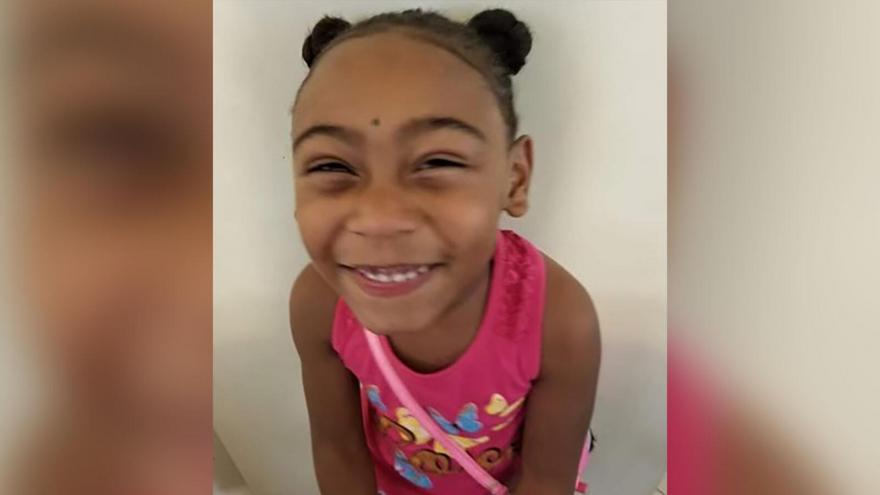 (CNN) -- Isabella "Izzy" Tichenor, a 10-year-old Black and autistic student in Utah, died by suicide last Saturday after allegedly being bullied by classmates and her family's complaints were ignored, the family's lawyer tells CNN.

The tragedy comes just weeks after the Justice Department publicly detailed a disturbing pattern where Black and Asian American students at the Davis School District in Farmington, Utah, were harassed for years, and officials deliberately ignored complaints from parents and students. The DOJ detailed the pattern in a report and settlement agreement released in October. The agency had been investigating the school district since July 2019.

"Izzy was a happy child. She was a happy little girl, she did well in school ... All she wanted was to be connected with family and friends," attorney Tyler Ayres tells CNN ahead of the private funeral planned for Saturday morning.

"They found her taking a bottle of Febreze to school, and when they asked her why they said she said because the kids said she stank," Ayres told CNN, adding her teacher instructed her to sit away from other students in the back of the classroom.

CNN has reached out to The Board of Education of the Davis School District and the Foxboro Elementary school to corroborate Ayres's specific allegations, but the school district declined to comment on the specifics, citing privacy concerns, and instead shared a press release sent to local media Friday.

"The death of Izzy is tragic and devastating. Our hearts continue to be with the family, friends and community who are grieving this loss. The well-being of our students will always be a priority, and we are committed to preventing this from happening in the future," the school district said.

"As part of this commitment, we will be bringing in an independent investigation to look further into this and review our handling of critical issues, such as bullying, to provide a safe and welcoming environment for all students," the school district said.

Black and Asian American students are each roughly 1 percent of the approximately 73,000 students enrolled in the district, according to the DOJ report.

Representatives from the Foxboro Elementary School PTA joined the Tichenor family at a Monday morning press conference about Izzy's death, according to CNN affiliate KUTV.

On Thursday, the NBA's Utah Jazz held a moment of silence during their game against the Indiana Pacers to mourn Izzy's death.

"Izzy touched the hearts of everyone who knew her with an unwavering willingness to always help others. She shared her kindness with everyone, especially with her infectious laugh. A daughter, a sister, and a friend, she will be missed by all who knew her. Izzy was light. Izzy was love," it was announced during the game.

Several players on the team are supporting Izzy's family and offering their assistance during this time, according to Ayres.

The Department of Justice is "deeply saddened" by Izzy's death, a DOJ spokeswoman told CNN.

"We are aware of reports that Isabella faced harassment in school based on her race and disability. The Civil Rights Division is staunchly committed to full and effective implementation of our October 21, 2021, settlement agreement with the Davis School District, and to making sure the district's students have access to the safe and healthy schools they deserve. Harassment and bullying in schools have devastating impacts."

"The only thing that the family really wants to do is make sure that the system is impacted by this terrible occurrence and then and in order to impact the system, it's going to require that the school district cough up a huge sum of money so that they know that they can never afford to do it again," Ayres said.