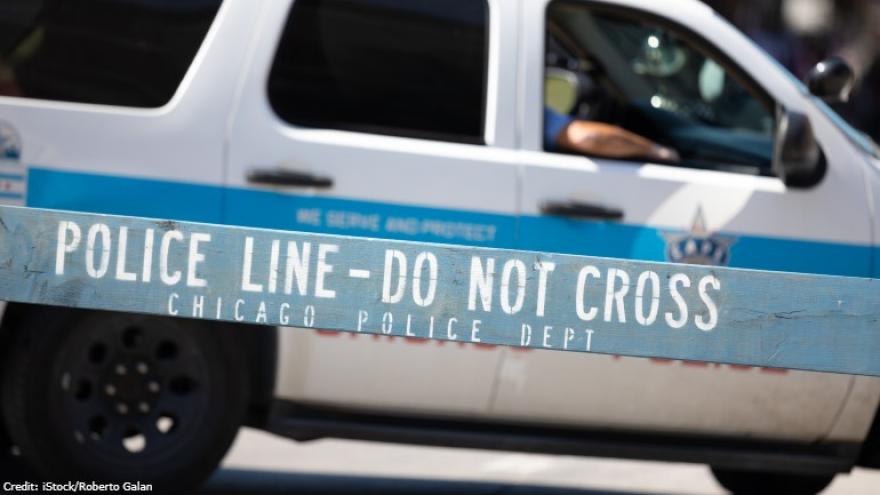 CHICAGO (WBBM) -- Chicago Police have launched an internal investigation – admitting they dropped the ball in the case of a 10-year-old girl targeted in a string of sexual assaults.

Officers finally arrested one of the suspects late Friday, but CBS 2 Investigator Dave Savini revealed Monday night that they could have arrested him months ago.

Instead, they allowed a child predator to roam free. During that time, his victim – a little girl – was locked in a psychiatric hospital.

“I’m just as outraged and frustrated as anybody else,” said Jennifer Coleman, the first assistant at Cook County State’s Attorney’s Office.

Five men are accused of assaulting the girl, but none of them was charged with felonies until the CBS 2 Investigators exposed the Chicago Police Department’s repeated failures in the case.

During our interview with Coleman last Thursday, she said her office has been unable to charge these men with sexual assault because CPD never provided any evidence.

Police reports for these assaults show at least three rape kits were performed in these five cases. The State’s Attorney’s office had not received any of the kits when we sat down for the interview.

But the day after our conversation with Coleman, Chicago Police suddenly arrested Samuel Brown on felony charges for sexually assaulting the little girl.

The 37-year-old has been accused of meeting the girl on a dating app and sexually assaulting her in a Chicago-area garage last May.

It turns out the rape kit taken after the assault matched Brown’s DNA.

In fact, it was an easy match. Brown’s DNA was in the system because he’s a registered child sex offender. Back in 2003, he was charged with sexually assaulting a minor in Iowa.

Despite having key evidence against Brown, no arrests were made. Instead, CPD sat on the rape kit results, allowing him to remain free for four months.

“This is not acceptable,” said Brenda Myers-Powell, a local advocate appointed to the United States Council on Human Trafficking. “This is a 10-year-old baby.”

Powell wants the CPD to do the job they’re paid to do. She said police’s negligence in these cases sends the wrong message to predators.

The CBS 2 Investigators first introduced you to the little girl last month – the fifth grader taken to the top floor of the Grand Motel at 10022 S. Halsted St. – room 324. In that case, a different man was involved – a 47-year-old assaulter from Chicago.

During the time of this assault – October 2020 – concerned motel workers contacted the police. But officers failed to arrest the man and take the girl to the hospital for a rape kit.

And the CPD’s failure to charge these five perpetrators does not end there.

The CBS 2 Investigators recently learned details about another one of these cases.

A 22-year-old man took the little girl from Chicago to a home in Gary, Ind., where he is accused of repeatedly sexually assaulting her.

The child had been gone for days when police finally got a tip and traced the suspect’s cell phone number. He was eventually arrested – but only on misdemeanor charges.

And the misdemeanors? Harboring a runaway and contributing to the delinquency of a minor.

“Misdemeanor charges are for swiping a candy bar from the drug store,” said Charles Golbert, who has been fighting on behalf of abused children for the Cook County Public Guardian’s Office for 30 years.

Prosecutors say Chicago Police didn’t consult them before deciding only to pursue misdemeanor charges against the man who took her to Gary.

“With misdemeanors, the police can do what we call direct filing – they just file that on their own,” Coleman said.

To date, Chicago police have not presented Coleman’s office with evidence to file felony charges against the 22-year-old.

“This is a crucial part of what we expect our CPD to do – to protect our children if nothing else,” said Myers-Powell.

Our investigation prompted the CPD to launch an internal probe into the mishandling of this girl’s cases. After we started asking questions, the CPD assigned a new detective to the case – a decision that led to Brown’s arrest late Friday.

“ The Chicago Police Department is deeply concerned with the unacceptable delays of this investigation and is conducting a complete audit of the lead detective’s work, including an investigation into any violations of the Department’s investigatory policies and procedures. Immediately upon learning of the concerns regarding this investigation, the case was reassigned to a new detective, and the offender was promptly arrested on Friday, March 12 and charged with predatory criminal sexual assault of a victim under 13 on Saturday, March 13. The additional cases remain under investigation, pending the return of forensic results from the Illinois State Police Forensics Lab.

“We must remain steadfast in ensuring that all victims, especially children that have been subjected to criminal sexual assault, receive the proper protections and services immediately following and throughout the criminal investigation. We are revisiting our policies and practices, in addition to meeting with advocates, to prevent any unnecessary investigative delays from happening again. We must do better. ”